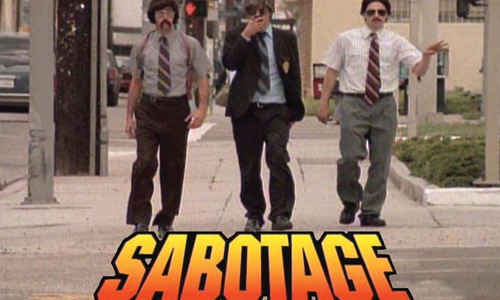 Gone are the days when a music video brought out the character in a song.

These days, rap videos are full of money thrown, some bling and some booty. I'm sure most of you were exposed to conceptual music videos years ago- something that would make you say, "damn, I did not expect this to be the footage for this song." You catch my drift? When it comes to rap or hip hop videos, they can be pretty much entertaining and it speaks of the artist's humor. Today let's take a look back at these entertaining clips:

There was a time when Work It took over the world and everyone enjoyed the dance sequences, costumes and production. The song's musical style, and production by Timbaland, were heavily inspired by old school hip hop from the 1980s- so it gives you an idea of the culture back then. But really now, Missy had the coolest videos, the best producer and a unique personality that translated in her videos.

California Love is one of the most iconic rap singles especially when it's made by no other than Tupac and Dr. Dre themselves. Two versions of the music video exist but this one inspired by Mad Max Beyond Thunderdome and set in the dessert has stuck as the song's image for decades. The video boasted star power, too, with rising actor Chris Tucker, Roger Troutman (he provided the chorus for the song), and Tony Cox (Bad Santa) appearing in segments.

The song has a beat but it definitely caught our attention when it was a kid rapping and he was good for a young dawg (pun intended) his age. And that's what made this music video unforgettable- it was an introduction of a kid who had the talent to dabble in rap. Bow Wow features in the video along with his alleged "Godfather" Snoop Dogg, Fred Durst, Chanté Moore, Moby, and his 'mentor' Jermaine Dupri.

Eminem was something different in the rap industry. He's one of the mainstream artists that brought down the racial divide when it came to rap. But here's the thing- this video consists of different realities and one of these realities is when he illustrates the song's lyrics. Overall, you'd know who he is straight up thanks to his dark (and obscene) humor and talent.

So what are your other favorite rap videos? Be sure to dish us in!