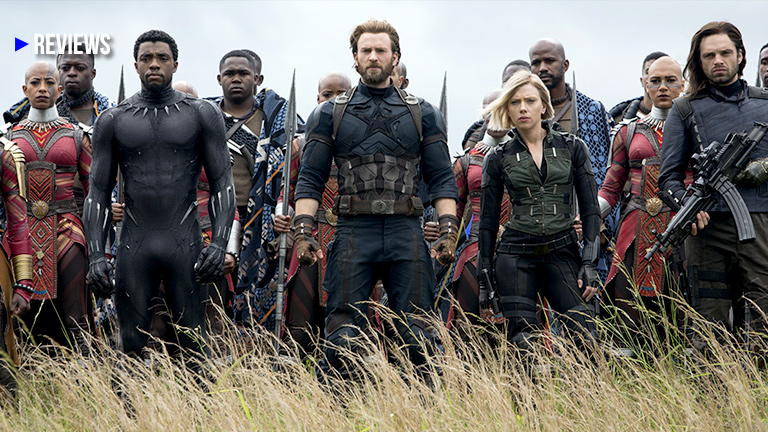 Avengers: Infinity War premiered yesterday at Ayala Center Cebu. Since you clicked on this link, it’s safe to assume that you’ve already seen the movie. We will be talking about a lot of important plot points below, so this is your last chance to look away if you have yet to watch the film.

Waaaah!! Avengers: Infinity War was awesome! That scene where the Guardians of the Galaxy met Tony Stark, Doctor Strange and Spiderman was hilarious! Thanos’ sacrificing his daughter Gamora to obtain the Soul Stone was heartbreaking, and the Wakanda battle was exhilarating!

After almost three hours of the movie, we finally saw Thanos’ masterplan come into fruition. His goal was to eradicate half of all life in the universe and with the snap of his finger, people began to disintegrate. Those people include Bucky, Groot, Peter Parker, Peter Quill, Doctor Strange, T’Challa, and a lot more. Thanos transports himself into another planet and watches the sunset in satisfaction, having achieved his ultimate goal.

In the post-credit scene, we are shown a glimpse of what Nick Fury was up to in the wake of all Thanos’ destruction on earth. Fury and Maria Hill drive their vehicle while New York is in sheer chaos. They get out of the car after almost hitting another one that swerved in front of them. Maria Hill starts to disintegrate. Nick Fury rushes back to the car to send a distress call before he disintegrates too. Just right before he was gone, Fury was able to send the final distress signal. The camera zooms in on the communication device and Captain Marvel’s symbol comes up.

What that means for the future MCU?

This is obviously a lead in into the upcoming Captain Marvel movie set for release on March 2019. Brie Larson will play the titular hero and we can expect that her famed character (the first time we’ll ever see portrayed on the silver screen) will deal with some of the events that happened on Infinity War.

However, the solo Captain Marvel film has put out a premise not directly related to the Infinity War. In fact the Captain Marvel movie will take place in the 1990’s. Captain Marvel will be about “Carol Danvers as she turns into one of the galaxy’s mightiest heroes after the Earth is caught in the center of an intergalactic conflict between two alien worlds”.

We could suspect that by next year, we will be shown Captain Marvel’s film first, then two months later (May), we will see her role play out on the Infinity War sequel.