Get a glimpse of the Grime genre movement on the English rapper's latest release.

Joseph Junior Adenuga, better known by his stage name Skepta, just dropped his latest video for single Man (Gang); a bit near the release of his fourth studio album, Konnichiwa. 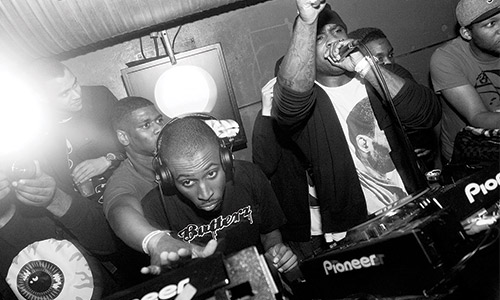 The English rapper, grime artist, songwriter and record producer is seen with his Boy Better Know crew letting loose in the underground grime scene. Set at a maximum of 480 resolution, the video is a glimpse of the underground movement- Grime is a genre of music that emerged in England in the early 2000s and is primarily a development of UK garage and jungle hip-hop. This music video is more of a preview of what we can expect on the overall energy and flavor on Skepta's newest album.

Shot by the legendary Risky Roadz, the video features a number of familiar faces and follows Skepta through different places including backstage at his shows, trashing a car and just enjoying his life in London despite his global success. Even so, the lyrics of the song make us fear that his music is starting to revolve around his increased profile as a public figure and using the underground flavor as a selling point. Well, let's just hope for the best and enjoy his crew's music.

Skepta has been a game-changer in the Grime music scene and is one of those greatly responsible for the movement's global recognition. Konnichiwa is the upcoming fourth studio album by the rapper and after numerous delays, it is set to be released on this May 6th by Boy Better Know. The album was supported by four singles, including the top 40 entries That's Not Me and Shutdown. Konnichiwa features guest appearances from JME, Boy Better Know, D Double E, Novelist, Wiley, Chip, Pharrell Williams, ASAP Nast and Young Lord.

So what are your thoughts on this emerging movement?