Why is ‘Rules of Survival (or R.o.S.)’ so damn addictive? 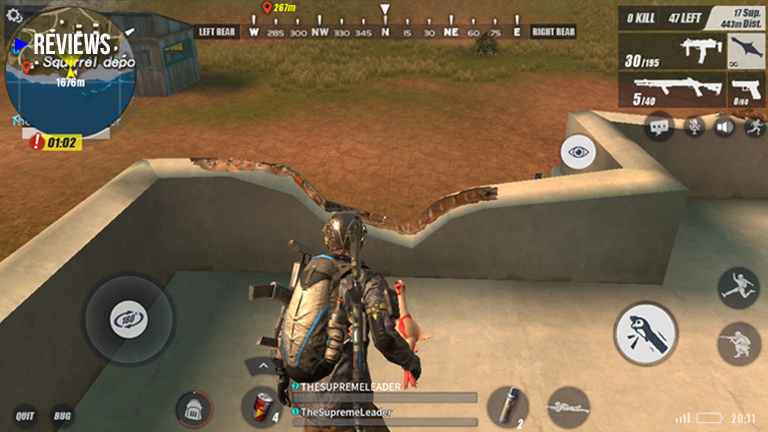 ‘Rules of Survival’ often shortened to as ‘R.o.S’ is a multiplayer online video game that requires you to be the last man standing in order to win. ‘R.o.S.’ is a Battle Royale/Hunger Games-type of game where you get thrown into an island with 99 other people, scavenge for weapons and kill each other off until only one remains. There is also a “Squad Mode” where you and your friends can play as a team, help each other out and try to eliminate your opponents.

Aside from being a free-to-play app, the reason that ‘R.o.S.’ has become so popular in the past month is because no matter how frustrating it gets, you can still play countless of hours trying to master a technique on how to survive the game.

In Rules of Survival you parachute down into an island, decide which building to land on, and hope nobody lands there too. In the building there are several weapons, ammos and armors you can loot and once you’re armed and ready you can look for the rest of the people there and kill them. All you need to do in ‘R.o.S.’ is survive and not let anyone kill you.

Survival is a major aspect in this game and it what makes R.o.S. so addictively fun and frustrating. Once you don’t come up with a good strategy on how to survive while maintaining a good kill count, then you would end up getting eliminated in the game quickly. It hurts even more when you find out that it was a 12-year old boy who shot you down. Surviving in this game is based on your own decisions and tactics, and if you don’t pull through, your failures resonate with you. That’s why the moment you get killed in RoS, you enter a new gameplay and promise yourself to be better.

This is why R.o.S. is so addictive.