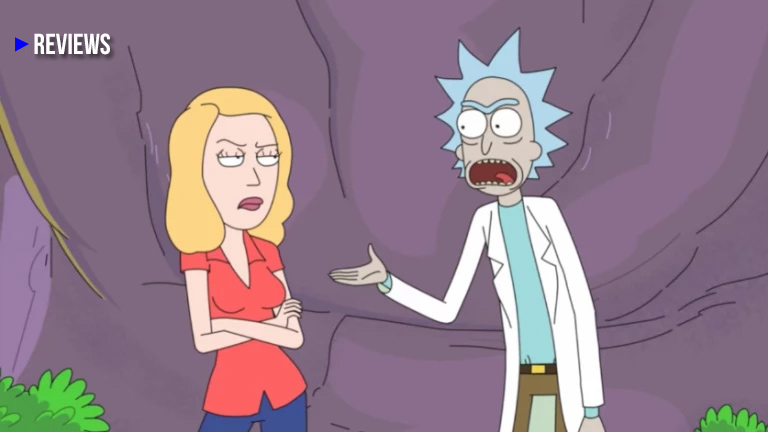 The Season 3 of Rick and Morty has become such a true family affair. Most of the episodes in this season feature each member of the Smith family joining Rick on adventures across dimensions. In Rickmancing the Stone, we saw Summer being focused on the episode. She, Rick and Morty travel to a Mad Max version of Earth where Summer overcomes her parents’ divorce. In the Whirly Dirly Conspiracy, aka the “Rick and Jerry” episode, we saw Jerry being whisked away by Rick on a (mis)adventure on a planet where you couldn’t get killed.

This time in The ABCs of Beth, we see Beth accompany Rick on an adventure by themselves! The episode kicks off with a news bulletin about a man sentenced to death for eating his child a few years back. Beth remembers that the man’s child is actually in Froopyland – a fantasy rainbow verse Rick created for Beth when she was young. Beth realized she left Tommy there and so she asked Rick to rescue him and get him back to his father.

However, the episode focus mostly about the relationship of Beth and Rick. We learn that she is just like her father. In a show crammed full of psychologically complex characters, Beth is among the most fragile and damaged. She basically combines all the worst traits of her father - the alcoholism, the ego, the often indifferent attitude towards her children.

The best thing about “The ABCs of Beth’ is that it shines a light on Beth and Rick’s dysfunctional relationship and exploring just how far back that dysfunction started. In this episode we learn that Beth is far more screwed up than the show ever let on, and we’re glad the show let us learn more about her character.