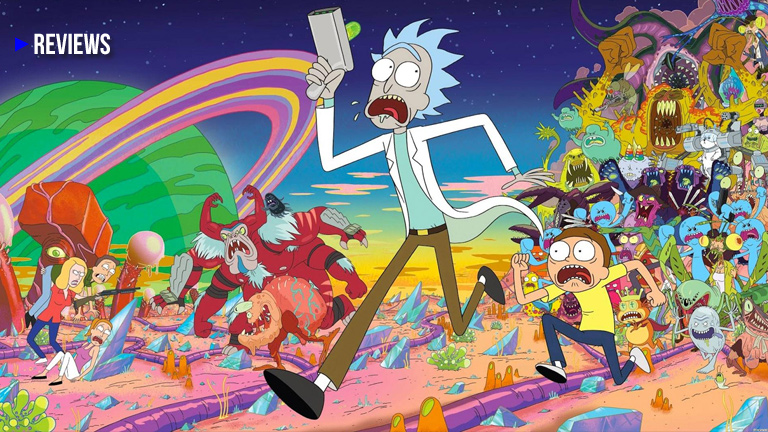 Earlier this week, a new episode of the adult sci-fi sitcom series Rick and Morty was released. It was titled Morty Mindblowers. The episode didn’t feature the “interdimensional cable” gimmick which show creators Justin Roiland and Dan Harmon promised we would get every season like how The Simpsons has its Treehouse of Horror and Family Guy its Road To.. series.

We however got a sort of clip show that character Rick described as “a clip show made up of clips you never saw”. The concept in Morty Mindblowers is another one of the creative ways how the show turns TV tropes upside down. Rick and Morty breaks traditions and twists what we came to expect from common TV tropes like clip shows.

In Morty Mindblowers, we learn that Rick has been erasing Morty’s memories a la Men in Black. He keeps vials of these memories in his secret lab under the garage. Rick shows Morty and the rest of the audience the adventures we didn’t get to see because they were intentionally erased. Morty wanted these “clips” erased from his mind because they were bad and traumatizing memories. Rick also erased some of Morty’s memories without permission because some of them were embarrassing things Rick made.

It was a really fun episode where we got to see clips of Rick and Morty’s other crazy adventures. We learned a lot of things from Morty’s erased memories. We now know that Mr. Poopybutthole is really real, and that Rick and Morty moved to another dimension because illuminati squirrels were up to get Morty.

Two more episodes are left before Season 3 of Rick and Morty ends. The title of the last episode is The Rickchurian Mortydate and the plot description is “Rick finally meets the President”. That means that Rick and Morty will finally get to meet Evil Morty and we’re excited to see what happens.