Our favorite mousketeer is now living life on the fast lane!

Last Friday Arianna Grande released her third studio album Dangerous Woman and yesterday she released the official music video of Into You which is the album's latest single. With the roundup of reviews on Dangerous Woman coming in, the album according to critics is very promising as Grande's talent is starting to step out of Problem or Break Free's shadow. 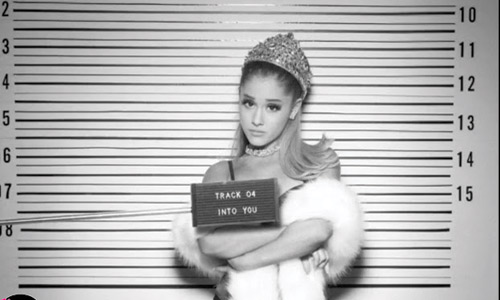 Musically speaking, Arianna has gone a long way ever since she started. Into You and the rest of the album has refined her talent and we can't deny that she has one of the most talented voices of today's pop.

As you watch the music video, you can see Arianna getting in touch with her wild side.You can see her riding at the back of someone's motorbike and get closer to the man while having shots of performing in the dessert in between. We may have found her tacky back then as she suddenly emerged into stardom with her provocative demeanor but her creativity and talent has shined more that what her critics have to say. In a way, Into You's music video is Arianna Grande's transition into becoming a star that has found her voice in today's saturated music industry. Art direction-wise, Into You is the perfect formula for a summer video as all of us deep inside crave for an adventurous summer adventure- fashion and intrigue mixed with a dash of danger. On another note, the video reminds us of Justin Beiber's What Do You Mean with references from the classic thriller, The Bodyguard. If you're not sure about what I mean, check the video out for yourself and be the judge.

Into You debuted at No. 83 in Billboard's Hot 100 and is set to climb after yesterday's big reveal.