The 2017 Grammy nominations: Highlights and Everything We Need to Know 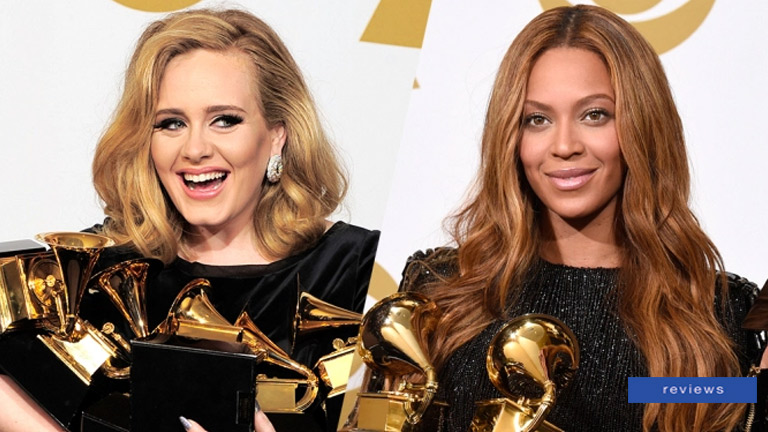 The Grammy nominations are here and everyone’s already been talking about the odd snubs and surprising choices.

One of the major award categories; Album of the Year, is missing a Kanye West spot. The nominees for the 2017 Album of the Year is Beyonce’s ‘Lemonade’, Adele’s ‘25’, Justin Bieber’s ‘Purpose’, Drake’s ‘Views’, and country singer Sturgill Simpson’s ‘A Sailor’s Guide to Earth’.

And honestly I could only see two deserving artists who should win the 2017 Artist of the Year Grammy. Those are hip-hop producer Anderson .Paak and rapper Chance the Rapper. Nobody really knows who Maren Morris and Kelsea Ballerini are (apparently they’re pop stars), and oh, The Chainsmokers, the Air Supply of EDM, were nominated for the category too.

Here are other talking points from the Grammy’s shortlist.

The Rolling Stones vs The Beatles, Oasis vs Blur, Biggie vs Tupac, the world has offered up some great rivalries and now Adele and Beyonce join such an illustrious list. Bey is up for nine awards in total and Adele has bagged five. The pair go head-to-head in the three biggest categories: Album Of The Year, Song Of The Year and Record Of The Year. Though Adele’s a great contender, my money is on Bey.

Frank Ocean got what he wanted (or didn’t want)

Nominated for six Grammy awards in 2013 (and taking home two on the night), the ever-mysterious Frank Ocean appeared to take himself out of the running for next year’s ceremony following his double album release in 2016 (Endless and Blonde). Failing to file the necessary paperwork for a record to be considered for nomination, Ocean described the institution as “dated”, arguing that it “doesn’t seem to be representing very well for people who come from where I come from, and hold down what I hold down”. A worthy protest and, with Ocean absent from the eventual nominations list, it doesn’t seem like Frank’s backing down any time soon.

Not only had West vowed to boycott the entire Grammys ceremony if Frank Ocean wasn’t nominated, the rapper’s own music seems notably neglected by this year’s noms. Sure, he dominates the rap categories, and even has two tracks shortlisted in Best Rap Song (Famous and Ultralight Beam), but is shunned for all the major, non genre-specific awards. West’s self-proclaimed “masterpiece” ‘The Life Of Pablo’ is omitted from the Album Of The Year list, with Drake’s lukewarm ‘Views’ in its place.

Despite their new record topping the charts in both the UK and US as well as being hailed as one of the best artists of the year, The 1975 are suspiciously absent from any of the categories. Maybe the judges were confused by their name.

Car Seat Headrest is nowhere to be found, too!

This one’s just a personal opinion. But Car Seat Headrest is undeniably the best rock band of 2016. With their album, Teens of Denial released earlier this year, the band has managed to get into everyone’s radar, with their music being described as this generation’s Nirvana.