The Best Music Videos of October 2016 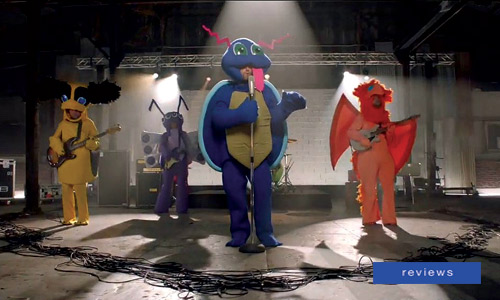 These music videos had me abusing the replay button.

Here’s a list of the best music videos from the world of pop, rock, rap and beyond! Check them out!

Don’t Wanna Know by Maroon 5
{youtube}ANS9sSJA9Yc{/youtube}
In Mid-2016, everyone was catching Pokemon. But wouldn’t it be cool if we could capture celebrities instead? In Maroon 5’s music video for their latest single, Adam Levine and a couple celebrity cameos dress up as Pokemon-like creatures that people hunt for using their smartphones! It’s not a visually great video, but it’s silly and fun, and that’s alright!

My Way by Calvin Harris
{youtube}b4Bj7Zb-YD4{/youtube}

In My Way we relive a relationship experienced by Calvin Harris through virtual reality. We see memories of a countryside cabin, flashes of her former fling, and of course a rave in a barn! Although Calvin denies any connection between his video and his past relationship with Taylor Swift, but the music video speaks for itself in the end.

Because I'm Me by The Avalanches
{youtube}eu0KsZ_MVBc{/youtube}
A personal favorite of mine. This retro-style clip from the Australian electronic music group The Avalanches is charming and fun! Told from the perspective of a young boy in love with a subway ticket attendant. It’s got a dance routine, a brass ensemble, and a heart costume! So cute!

The Stage by Avenged Sevenfold
{youtube}fBYVlFXsEME{/youtube}
This elaborate video is set in a puppet theater called “Professor Batz Fantastical History of the World” and showcases the vilest of historical events including the slaves of Ancient Egypt, the slaughters of Native Americans, World Wars, and other atrocities! That’s one you got to see.

Don’t Touch My Hair by Solange ft. Sampha and Cranes in the Sky by Solange
{youtube}YTtrnDbOQAU{/youtube}
{youtube}S0qrinhNnOM{/youtube}

These music videos released in October don’t need no story. It’s all visual delight that compliment Solange’s hypnotising vocals. Every frame of the videos is amazing. After all, when you’re married Alan Ferguson, your visuals had better be on point.