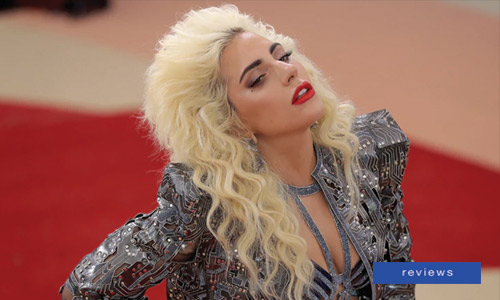 Aside from her jazz projects with Tony Bennett, Lady Gaga can be heard at her most stripped down in her fourth studio effort, Joanne.

Joanne basically sounds like a country/folk album inspired by American country artists like Carrie Underwood, Garth Brooks, and Faith Hill. According to Gaga the songs in Joanne contain "stories about my family, my sister, my father and his sister. My mom's family. My relationships with men, my failures” which is often thematically found in acclaimed country albums.

Since Gaga has always enjoyed dressing up (I mean that musically and in the fashion sense), the singer, for her fourth studio album, dropped her electro pop experimentations and exchanged it with a more “authentic” sound from her American roots complete with a hoedown about bad men called John Wayne. You’ll find Gaga stripped down in Joanne singing country ballads about heartbreaks and laments for her aunt whose name was the inspiration for the album.

People who liked Gaga for her chart-topping capabilities in the pop arena would be turned off by the country-influenced of the album. Die-hard fans will praise it. Since 2013’s Artpop was one hell of a mess, I find that Joanne redeemed Gaga as a musical force not to be reckoned with. Joanne is Gaga’s most mature album., and it’s her best yet.

The best track of the album for me is Hey Girl, a surprisingly delectable collab between Gaga and Florence Welch. The two power voices playfully banter with each other, in a call-and-response manner throughout the song whose chords and melodies are structured from Elton John’s Benny and the Jets. Check it out.