How to Survive in a Horror Movie (If You’re in One!) 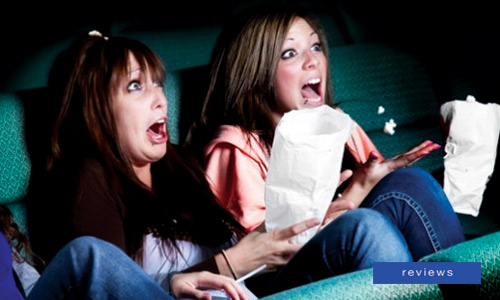 Never stumble into a horror movie. If you do, follow these tips to stay alive!

Since Halloween is just around the corner, I thought it would be a great idea to give tips on how to survive inside a horror movie, if ever you’re ever caught in one. We’ve all seen the films and we always wonder how anyone could be so stupid in horrors and thrillers. But once in a while, we’ll always find ourselves stuck in a horror movie situation, whether we intended it or not. So turn on the lights, turn on some feel-good background music, and don’t look behind you!

If you happen to be in a fantasy movie and you stumbled upon a creepy place like an enchanted forest then get ready for an adventure! But if you realize you’re in a horror flick then you better run the hell out of there! Always avoid creepy places like empty buildings, small towns in the middle of nowhere, old houses with a dark history, basements, any place with one hanging light bulb, naturally eerie places, forests, barns, even in the “comforts” of your home it’s not safe. Always have a friend with you so that you won’t get that eerie vibe when you’re alone. Take that friend with you everywhere you go even when you’re travelling because this might happen…

If you and your friends happen to be in a creepy place cos you failed to follow my first tip, then the next thing you should do is never split up! When one of your friends says she will go to the bathroom, don’t leave her alone, cos she might get murdered there! You would all be running towards her after her screams of help and then you discover her dislocated bloodied and stabbed body!. Don’t leave a wingman behind! Even if you’re in a large group, don’t split it up by pairs. If someone suggests “we should split up!” then feel free to punch that jerk in the mouth.


If you still haven’t followed my last two tips then you’re probably alone and in a creepy place right now. Maybe you think you can handle horror situations like these but no matter how dirty you feel, you should never take a shower, just spray on some perfume that would do the trick. Don’t take a shower! That’s like a ticket to a horror movie death! It’s when you think you’re alone and just want to clean yourself , something in the bathroom will always be there ready to give you a helping hand.

NO SEX, any sex or else you’ll die, it’s like having a neon sign above your head screaming “KILL ME”! It doesn’t matter if you wear condoms or take birth control pills, there’s no such thing as safe sex in the world of scary movies. The killers, the ghosts, the demons, the snakes will always find their way into the bare and naked and kill you

What? It’s a proven fact. It’s in the records. If you’re black, you’re mostly likely to die first so there’s nothing really good going on for you here. Have you seen Night of the Living Dead? The protagonist was black and he survived the zombies but it still didn’t go well for him in the end. Even this black mutant dude was killed off first in X-Men: First Class. And it’s not even a horror film!!