Sit back and have the time of your life with these flicks!

June's already kicking in and it makes me miss school and all the crazy discoveries and heartaches that come with it. We're now grown up and sometimes, we ain't got no time for some drama. Well, we can live our lives through these coming-of-age films worth mentioning: 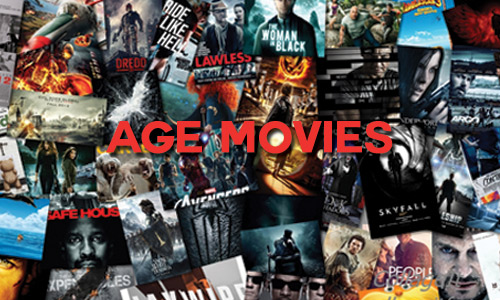 There were tons of movies that made this into a saga but nothing beat's the first one. Jim, Oz, Finch and Kevin are four friends who make a pact that before they graduate and vow to reach this goal by prom night. This is a time when cellphones and the internet were fairly new and these boys learn the ups an downs before passing the right of passage of manhood.

This one's too hard not to mention- Mean Girls' is definitely the mother of all all-girl clique drama-themed movies and still reigns in the hearts of us girls today. This flick makes us realize the value of sticking to true friends, being yourself and of course, wearing pink on Tuesdays. At the end of the film expect yourself uttering classic lines all over again.

This crime drama is set in Brazil starting from the 1960's and centralizes on the story of two boys that grown up living at the opposite ends of the spectrum. One grew up as a professional photojournalist while the other climbed the ranks in becoming a drug lord and gang leader. Crime, mercy, power and madness are the ingredients for this beautifully-made film.

This ran for almost 3 hours and may seem to bore you on few occasions during the course of the film but it's premise is that this centralizes on the life of a boy's transition from childhood into adolescence from ages 6 to 18. What makes it more interesting is that it has used the same cast over the span of 12 years of production and filming. The producers wanted to let the actors take part in the writing process too by letting them know about personal experiences that help shape the characters in the movie.