Most Iconic Hip Hop and RnB Collaborations of the '00s 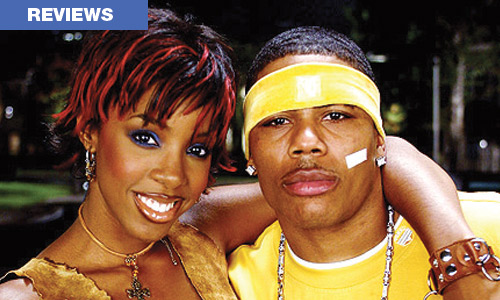 And yes, it was also the last decade when the Hip Hop and RnB scene were pretty unforgettable! We've witnessed big collaborations and music that to this day make us wish to go back. We bet you won't forget these hits:

Before Rihanna and Drake, there was Usher and Alicia Keys. All of us were rooting for them ever since they released their duet and referring a significant other as your "Boo" has been done ever since. And no, they never dated.

Like Lopez, this song hasn't aged at all. Honestly, beyond the 00s her music was easily forgotten (or downright annoying). Her I'm Real remix with Ja Rule is pretty infectious and their chemistry is apparent. And you must know, the first line she sung isn't "Are you Ellie" but rather "R-U-L-E". Mind = Blown.

Thalia broke away from her Spanish soap opera roots and took her musical talent to the Bronx with Fat Joe on this one. This is also Thalia's first song in English.

Me Against the Music
Britney Spears and Madonna
{youtube}clwLKJ294u4{/youtube}

Not exactly a hit that hints of romantic chemistry but we love the way the classic and contemporary Queens of Pop worked together and ruled the world with this hit.

Yankees hats, K-Swiss and the thunder clap were every boy's (and girl's) daily essentials during the time when this hit reigned the airwaves. It's a league of its own.

Here's the inspiration for this post. It's pretty catchy and we can't help but go giddy over Nelly and Kelly's fictitious romance. But years later we realize that they fought just because Kelly texted Nelly using a Microsoft Excel sheet. Whoops.