Flashback: Some of the Best Zombie Films of All Time 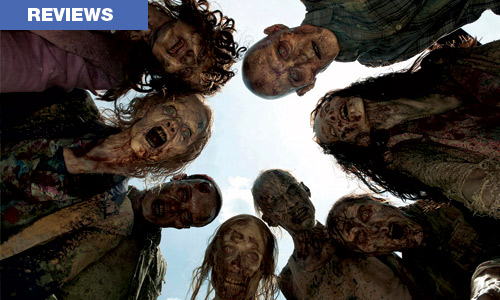 Love it or hate it- it's our favorite flavor when it comes to horror movies!

As I'm writing this I'm waiting for my schedule to watch the much-awaited Train to Busan. Everyone's talking non-stop as we speak and I'll have to reserve that for next week's review. For now, let's jump right in to some survival-horror films we have loved over the years:

A zombie film list won't be complete with this classic by George A. Romero. Set in the late 1960s, a film about zombies attacking a small house is unheard of. As a child, the feeling of fear and helplessness I had watching this film as the dead came back to life would be ingrained in my memory for a long, long time. Romero later on becomes the king of zombie-centric films and releases more critically-acclaimed films that turn to cult classics.

This classic based on a novel by Stephen King is technically not a zombie film. But with the whole premise of fighting the dead who come back to life, this one is worth mentioning. After learning a pet cemetery (spelled out as Pet Sematary) that brings the dead back to life is located behind their new home, Louis Creed buries his youngest son Gage. The little boy comes back and he is't exactly the little Gage everyone knew. Gore, a back story and a creepy kid haunting everyone, Pet Sematary is an unforgettable tragedy.

Waking up into a deserted town (and finding out later on that there's a zombie outbreak) is everyone's worst nightmare. This time zombies aren't just wandering aimlessly- they run, feed and turn anyone infected really FAST. The lead character Jim later on finds a group of survivors and joins them in a quest to safety.

By this point several zombie infection-centric films have been made- which makes every zombie lover sick of the whole survival horror film genre. Although set during a zombie outbreak, Shaun and the gang still manage to get out of tight, life-threatening situations. What makes Shaun of the Dead so memorable is that it's primarily a comedy film first, and a survival horror film second.

A part of the Grindhouse duo release with Quintin Tarrantino, this film by Robert Rodriguez has a classic premise- the government makes a mistake with its developing biological weapons which result in a zombie outbreak. This film however is filled with humor, gore, sexual references and chicks. And mind you, this is the best version of Rose McGowan I've seen in my opinion. Very hot.