It Begins to Look Alot Like Christmas: Why the Philippines Celebrate Christmas the Longest 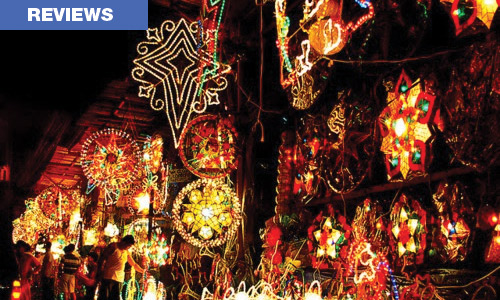 Christmas in the Philippines may be the longest in the world.

The country has earned the distinction of celebrating the world's longest Christmas season, with Christmas carols heard as early as September and lasting early to mid-January. But why??

There are still 115 Days til Christmas day, that’s 16 weeks or 4 months to go. But as soon as the ‘ber’ months show up in the calendar, the Filipinos begin to put up Christmas lights and play Christmas carols all day long, for the rest of the year!

As soon as September rolls in, a transition to a more festive mood happens which lasts until January 6, the Feast of Epiphany of Three Kings or even longer in Cebu where it ends until Sugbuanons are in the Sinluog spirit already.

The official observance by the Church in the Philippines is from the beginning of the Simbang Gabi (Dawn Masses) on 16 December until the Feast of the Epiphany on the first Sunday of the next year.

However, for almost five months starting in the very first day of September, colorful decorations line up the streets, Christmas carols start playing on the radio and everyone just brightens up with holiday cheer. I can’t imagine how confused foreigners will be when they visit our country during September to November, or even in January. There’s nothing quite like it. It’s kind of phenomenal really, very idiosyncratic to the Philippines.

So why are Filipinos very excited about Christmas?

It’s said that Christmas revolves mainly around the spirit of giving and merry making. Filipinos are known to be one of the most cheery people in the world. Christmas being the spirit of joy and happiness, it’s no surprise why Filipinos love Christmas and can’t wait to celebrate it. (and won’t end it too).

Christmas is the time of the year where families get together, strangers greet each other, and friends give each other gifts. The religious aspect of the season isn’t also ignored, with more people attending Church during the season, especially during the novena masses of 16 December to 24.

Surprisingly enough, no one, as far as I looked up, has done any scholarly research about this phenomenon. This can be a very good topic for a thesis project! So you’re welcome.