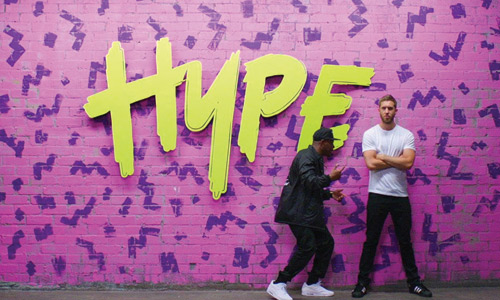 More and more music video releases are coming in so let's take a look at the hottest according to the charts!

So far, July has seen a slew of pretty good releases. We've taken a look at the Big Top 40 and here are 4 of some must-see music videos!

Dizzee has been known for his Bonkers hit and he's back to team up with his longtime friend Calvin for the song Hype. No doubt, Hype is a refreshing spin to Rascal's grime forte so his collaboration with Harris is a pretty sweet deal. The music video is the typical house party but the fashion and the colors seen make this hit extra tasty and fresh.

It's not hard to love Jonas Blue- his cover for Fast Car featuring Dakota was well-received even by those who loved the original hit. Actually I'm loving the over all look and feel for the music video, and his work with JP Cooper will easily blend into summer playlists all around the world. Meanwhile, we wish our summer here in the PH never ended.

Kent Jones is signed with DJ Khaled's 'We The Best' music group so you might find him familiar. This is the first time I took a closer look and boy, I love his style! This song is pretty refreshing and has influences from the 90s. The music video kind of reminds me from what you'd see in hip hop videos from 2005 though.

Don't Let Me Down
The Chainsmokers feat. Daya
{youtube}Io0fBr1XBUA{/youtube}

I remember when I cached Alex and Andrew here in Cebu for their Selfie Tour. Looking back then to today, the boys have gone a long way! 2016 is definitely being good to the duo and this collaboration with Daya is one of those pieces where they showcase their musical style best. However, we're just not sure about the music video's premise- those dancers were too tacky to be honest. Hopefully people will look beyondRoses and make room for more hits like this one.

So which release did you enjoy best? Which music videos did we miss? Hit us up!