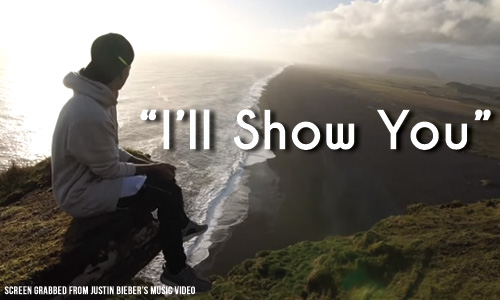 The Canadian pop star’s definitely starting to show his critics what he’s made of.

Amidst all the scandal and legions of haters trolling online, Justin Bieber is redeeming himself with his latest album Purpose. Bieber shows us that he’s definitely outgrown his Baby days starting with his first two tracks from his latest LP What Do You Mean and Sorry. This time his latest release I’ll Show You takes fans and critics into the singer’s introspection on his transition under the limelight and personal battles.

The track scored the 51st spot on the Hot 100 and was produced by EDM legend Skrillex. The atmospheric beats and profound lyrics perfectly complement the music video as fans are metaphorically taken into the personal journey of the singer. I’ll Show You discusses the pressures of fame as he says, his “life is a movie,” constantly being filmed, examined and scrutinized.

Aside from working with Skrillex, Purpose also features guest appearances by Nas, Big Sean, Travi$ Scott and Halsey. The album is now available for purchase and surprisingly, we can’t help but wait what the Bieb will show us next.