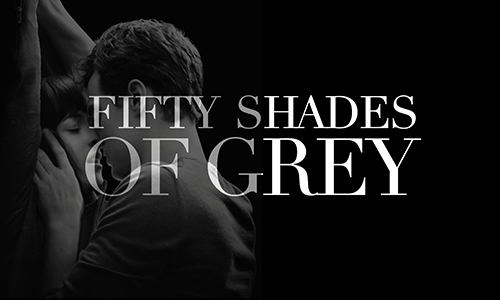 We had the opportunity to watch the movie last week and here’s what we can say:

50 Shades of Grey was an adaptation of the book by E.L. James which happened to evolve from a “Twilght” fan fiction. To those who do not know what a fan fiction is, it is a literary fiction, created by fans, about characters from an original work.

The story was almost like the book although there were scenes which were not shown – it still somehow managed to keep the “feel” of the story. It had a lot of intimate scenes which makes it awkward in a movie house but hey, that’s what most of the story is about right? The cinematography was beautiful.  It showed a lot of great scenes and details of the environment- not solely focusing on the characters like what happens in our Filipino teleseryes (TV dramas) where cameras focus nothing but the faces of the characters and leaving everything behind.  We were glad we didn’t see a screen of just faces.

A bad thing was the blurring of the intimate scenes. It was badly done. It almost looked like someone placed a piece of paper on the camera and all you get to see is some upper body moving in the same rhythm which is almost nasty. Seriously, they did not have to blur it that way.

We love how Dakota Johnson captured Anastasia Steele. It was unexpected since a lot of people were ranting that she looked too old to be a 20 year-old girl; however, Dakota proved those impressions wrong. It was sad for Jamie Dornan though. He disappointed us, since his portrayal was not much of a Mr. Grey, with the basis of our imaginations of course.

50 Shades of Grey was a comedy, romance, soft pornography, or all of the three combined. Some people said that the movie wasn’t like the book so they did not like it, while others loved the movie more than the book, and there are others that did not like both the movie and the story.  It really depends on the person’s taste.