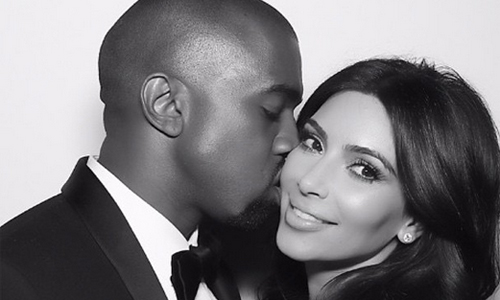 May 24 marked KimYe's 1st anniversary as a married couple.

It was a great year of marriage for them as was, and still is, made obvious through the social media posts of Kim Kardashian showing her love and happiness for the both of them.

As Kim was caught flooding her Instgram account with pictures of her husband, Kanye West, on their anniversary, people were anticipating Kanye's public post about their big day. It took him a while to tweet about his joyful day, but it's better late than never. "Kim, I am so happy to be married to the girl of my dreams, I love you and Nori so much!!! I would find you in any lifetime", tweeted Kanye.

I think it is cute that Kim and Kanye's friendship turned into something a while lot more special. With Nori in their life, their relationship could last for a lifetime as they are so in love, judging on their social media posts and what I see on the hit reality show, Keeping Up With The Kardashians. I would love to see more of this cute family in the future. Cheers to more anniversaries, KimYe!