A Game of Thrones Season 6: An In-depth Review 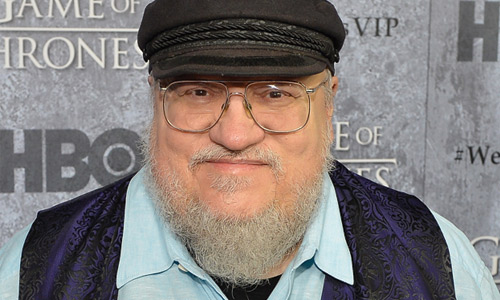 It took me more than a week to process the ending so hear me out!

Truth is, my habit whenever watching the series is that I'd start watching the latest season after the 9th episode (because there are typically 10 episodes but the next season is reportedly returning with only 7 episodes) because I want to catch up with everyone's whining and crying. Peer pressure, maybe? But you know when a series is good when everyone's shitting their tits. If you would notice, more and more people are hopping on the GOT bandwagon. Why? Because Season 6 is when the story is starting to develop into a battle between living forces before they can battle with the dead.

When it comes to books or a very complex series like this one, I'd base my appreciation criteria on storyline, character development and cinematography and production.

Storyline (or storylines rather)
George R. R. Martin has made everyone enjoy his masterpiece even more with the latest season because this is when fans get to truly learn the book series' premise. I haven't read the book yet but it is said that this season also adapts material from the upcoming sixth novel The Winds of Winter and the fourth and fifth novels, A Feast for Crows and A Dance with Dragons.

To sum it up, here are the main developments in this season:

1. Jon Snow is resurrected by Melisandre, the crazy fanatic lady in red. Sansa Stark returns to Winterfell and she and Jon Snow plot a battle to reclaim the North from the Ramsey Bolton. After a gruesome battle, Jon Snow is declared the King of the North.
2. Arya kills the Waif (that annoying ****h.) and asserts her identity as a Stark. She plots revenge against the Freys by turning Walder's sons into a meatpie and slits his throats just the way he did to Catlyn Stark.
3. Hodor died.
4. Bran Stark discovers that he is the Three-Eyed Raven and finds out about Jon Snow's identity. All this while starting an attack against the Night King and the White Walkers.
5. The Lannister and Tyrell army attempt to liberate Margaery and Loras and King Tommen forms an alliance with the Faith Militant. During the trial of Loras and Cercei (since Margaery became a follower of the High Sparrow), Cercei uses wildfire to burn the Great Sept, killing The High Sparrow, the Faith Militant and the Tyrells.
6. Because of grief, Tommen commits suicide, making Cercei the Queen. Meanwhile, Ollena Tyrell (she was forced my Margaery to flee King's Landing prior to the wildfire) meets with Ellaria to discuss an alliance with Dorne.
7. Daenerys reclaims leadership over the Dothraki, and Tyrion Lannister makes an agreement with the slavers to abolish slavery, but they renege and launch an attack. Daenerys returns and the slavers accept the original agreement. The Greyjoys later on form an alliance with Daenerys and their ships sail to Westoros.

Now what does this mean? Cercei's going to have to come up with more wildfire concoctions because there's a raging battle ahead! We're hoping the Daenerys and Jon Snow better rally up their forces quick because the battle with the dead awaits.

Character Development
Cercei is a personal favorite in this season. Her act of blowing up King's Landing is her definition of separation of church and state. Sansa has also stepped up her game and feeds Ramsey's ass to his hounds after he lost the battle against the Stark alliance. Maybe the shocking part of the last episode was Tommen committing suicide because of his naivety on what politics was all about. He couldn't take being controlled by his mother, I guess. But let me ask you, who are your favorite characters this season?

Cinematography and Production
The people of GOT definitely don't play games. Like everyone else, episode 9 wins in terms of production. You're inside the battle and it's like stepping into how wars were strategized during the old times. You can learn about the production here:
{youtube}B93k4uhpf7g{/youtube}

I can't say this enough- the whole season has superb production and stands out from the previous seasons back.

This might be taking too long but I'll end this here. If you're not a GOT fan, start from the beginning and you'll know what we're talking about.