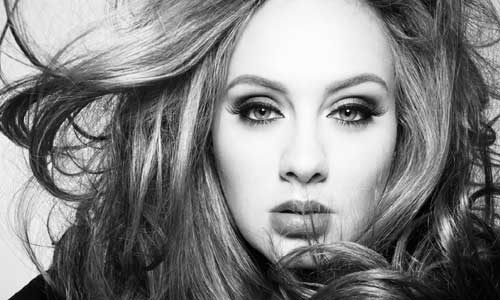 Late last week, Adele finally released a new music video after vanishing from the face of the world for a long period of time. Her latest song is entitled “Hello” which had a very moving music video that left everyone even famous celebrities in tears. She took her time, not short of surprising us with her angelic voice again. But it was definitely worth the wait!

I am pretty sure everyone was mesmerized by the voice of Adele. Celebrities such as Katy Perry, Sam Smith, Kate Hudson and more, absolutely felt different towards the 6-minute music video of Adele’s “Hello”. Katy Perry tweeted a picture of a pillow that had tears saying that that was the outcome after listening to it once. Kate Hudson, on the other hand, posted a picture of herself crying on Instagram and Sam Smith just told everyone that it had him “screaming like a girl”.

Celebrities crying over the music video was not the only issue here. If you noticed, Adele used a flip phone in the video which left everyone in wonder “why not an iPhone?” The director of this music video, Xavier Dolan, said that “the real explanation [as to why he used the flip phone] is that I never like filming modern phones or cars. They're so implanted in our lives that when you see them in movies you're reminded you're in reality.”

So, there you have it. If you have not seen the music video (which is totally a shame if you haven’t), watch it below: