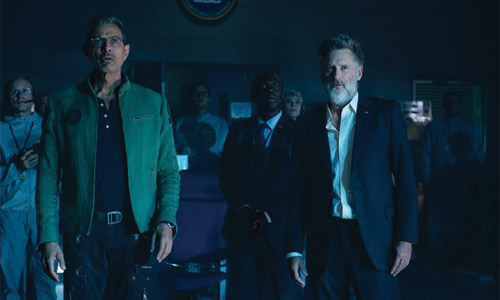 The Dolby Atmos was made to transport you into the story with moving audio that flows all around you with breathtaking realism.

Yesterday, Y101 and Robinsons Movieworld Galleria Cebu had a special advance screening of Independence Day: Resurgence at the new Dolby Atmos Cinema. The new surround sound technology of the Dolby Atmos is the new kind of movie experience every audiophile should try.

Just before the movie started, the trailer to The Accountant came up and the hair at the back of my neck just stood up! From the hypnotic sound of the windscreen wiper to Ben Affleck’s fingers tapping on the desk, the whole trailer sounded really good. Also especially when Radiohead’s Everything in its Right Place started to play. The song’s ominous harmony playfully runs around inside the theater, coming from left to right, at the back to the front, it was a pretty awesome sonic experience even in a one minute trailer.

This new surround sound technology is perfect for a blockbuster movie full of explosions and a tear jerking orchestral score. The Dolby Atmos was made to transport you into the story with moving audio that flows all around you with breathtaking realism. Watching Independence Day: Resurgence using the Dolby Atmos high-fidelity sound technology made Roland Emmerich’s new global destruction movie enjoyable to watch despite how silly it really is

Two decades after the events of 1996's Independence Day, humanity has come together and co-opted the alien tech salvaged from the first invading force. The world has done everything it can to prepare in case aliens ever come back.

But that wasn’t really the case, because they really weren’t that prepared if you think about it. I wasn’t really excited to see this movie honestly, especially after watching the original trailer. I thought it was silly and so I think if you know what kind of film you are going into and are able to turn your brain off, and have fun, then you will have a good time. Plus Jeff Goldblum is far too likeable for someone to hate on this.

The movie is exactly what you expected it to be. It’s full of cool destruction that we always loved to see in Emmerich movies, and a right balance of characters but not enough characterization to make us really care. Independence Day: Resurgence is a movie you can enjoy if you get the right mindset while watching. For a better viewing experience, watch it on the Dolby Atmos Cinema, I swear it will make everything sound great.