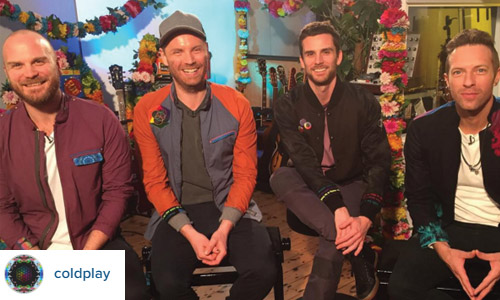 The British band is back with a light and colorful track.

This kaleidoscopic clip shot on Super 8mm personally is a cross between the music video for Interstate Love Song by the Stone Temple Pilots and I Wanna Be Adored by The Stone Roses. In a way, the scenes also remind me of Rob Zombie’s earlier works with film. Or maybe that’s just me. Despite the similarities, the music can easily become a part of your summer playlist for this year. Reviewers also dubbed this as an “colorful enough for Instagram” clip (partly because of the recent obsession of the newer generation over all things that scream 90’s) but this one comes off as a more authentic and unorchestrated approach to creating a video clip inspired by the aesthetic from the late 80’s until the early 90’s.

Director Marcus Haney, famous for his works such as Austin to Boston and No Cameras Allowed took to Instagram the band’s latest release as “…a tribute of thanks to the late artist Leonard Knight for creating Salvation Mountain and bringing so much joy to everyone who's come across it.” He expressed how much joy it brought him to be able to shoot with Super 8mm as well as thanking those who took part in the making of the video.