The Austrailian rapper is feeling extra Fancy by making a million feel cheap. 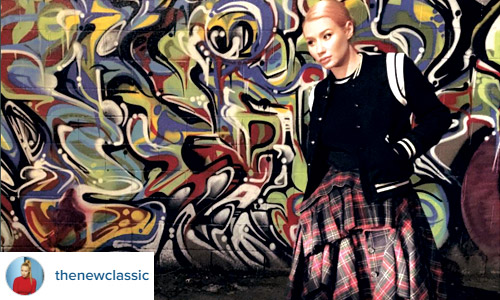 By now you've heard that Iggy Azalea is set to release her album Digital Distortion this year as she announced about having a second album last October. About 4 days ago, Azalea made her first track called Azillion free for streaming on her official SoundCloud account. Despite the canceled Great Escape tour, Iggy said that January- now called Igguary- will be a "blessed month for azaleans". The rapper hasn't been making waves for months especially being busy with her engagement to partner Los Angeles Lakers basketball player Nick Young.

Azillion is a preview of her upcoming album Digital Distortion and after hearing this track, it can give you an idea on how the pop rapper gives her music to the table. On Twitter, she calls this the "New Classic" and "just the preliminary" and the electro trap song is pretty easy to be drawn to although at the outro, its sound had a sudden transition that reminded me of the Pussy Cat Dolls' Jai Ho for some reason. Maybe this is what she meant with Digital Distortion?

Lyrical-wise, although Iggy has always made the impression to look, act and sound blatantly tacky, the track brings out the bad b*tch in you by not settling for less than a trillion. Of course, I had to read the lyrics as I listened to the song the second time around as a first impression upon hearing it for the first time would just sound like her rhyming the words a billion, million and trillion.

Still, critics can't help but foresee the rapper going in the wrong direction as her debut single Work which was drawn from her personal experiences is now a far cry from her releases since then. Let's give her the benefit of the doubt though, maybe this time her music won't just focus on how successful or wealthy she is.