British Fortnite gamer FaZe Jarvis, 17, is given life-time ban for CHEATING after using forbidden hack to defeat opponents in game streamed to his 2million YouTube fans 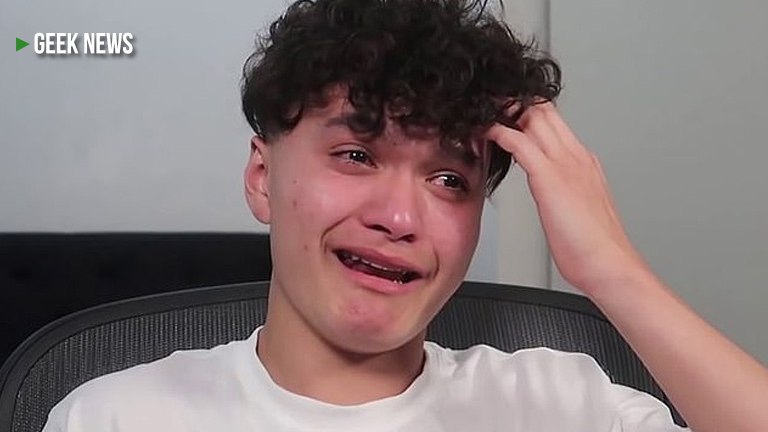 The pro gamer did not cheat during a competitive match, but did upload videos showing him using aimbots - which allow competitors to shoot others without taking careful aim - in a public game using an alternative account.

In a tweet the 17-year-old, who has nearly 600,000 followers on Twitch, said: 'I'm going to take accountability for my actions and I understand completely why this has happened, I just wish I had known how severe the consequences were at the time and I would have never thought about doing it.'

Jarvis, who is also a member of the eSports team FaZe Clan, uploaded a tearful video telling his nearly 2 million subscribers that he was unaware his actions would lead to a ban.

Fortnite is a battle royale-style survival shooter where players create a superhero avatar and compete against each other on a dystopian island to be the last one standing.

The game boasts hundreds of millions of viewers worldwide.

He said: 'All I was thinking about whilst I was making those videos was just how entertaining and interesting these videos would be for you guys to watch. 'It didn't even cross my mind to think that I could be banned for life from Fortnite from those videos. I just want to be clear that this is the first time that I have ever done anything like this and of course I have never done this in a competitive game mode at all.'

Using an aimbot in Fortnite is a hack that allows a player to automatically target opponents and moves the crosshair of your gun to them. It can also help players see through walls, giving gamers huge potential advantages in the increasingly lucrative gaming world.

Epic Games is known to fight back aggressively against such hacks, and will ban anyone using software to cheat or alter the game.

Gamers can report when a player is suspected of using an aimbot or other hack. The length of the ban has caused a split in the gaming community, with many leaping to the defence of Jarvis Kaye. Fans have started using #FreeJarvis and it is currently trending on Twitter, pointing out that many people have done similar things, but with much smaller bans.

Fortnite is free to download, with additional content available via in-app purchases, including new skins, dance moves and accessories for in-game avatars.