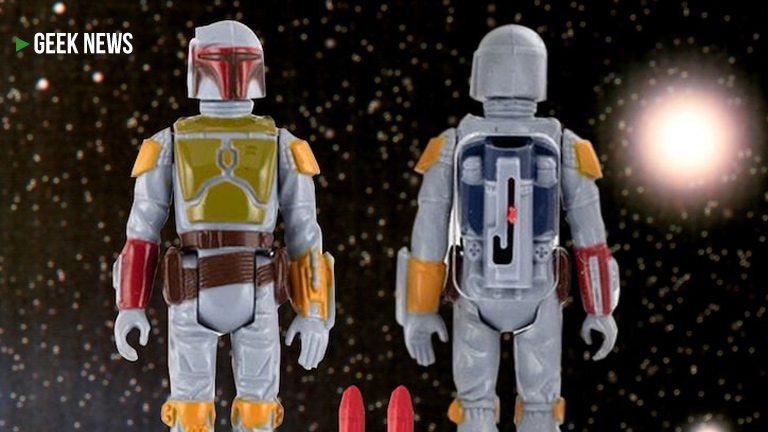 The Boba Fett plastic toy, one of most sought after collectibles in the Star Wars galaxy, is on the auction block and it could go for a record-setting $500,000.

One of the legendary figurines is headed to auction in Pennsylvania and will likely shatter the record for Star Wars memorabilia.

Bidding for the 3.7-inch tall Boba Fett was already topping $120,000, eclipsing the previous high of $112,926 for any auctioned-off Star Wars toy, according to the New York Post.

What makes the figurine so rare less than 100 models were ever made and quickly yanked from the shelved after its missile-firing backpack was considered a choking hazard to kids.

Today, there are believed to be less than 30 items in existence.

'It is the Holy Grail of Star Wars collecting,' Kelly McClain, a spokesman for the auction house, told The Post. 'It's extremely unique.'

The prototype product was available by mail-in offers as a tie-in to the 1980 release of The Empire Strikes Back, the first Star Wars sequel.

In the movie, the bounty hunter character is hired by Darth Vader to capture Han Solo. Boba Fett first appeared as an animated character on TV in 1978.

Bidding for the Boba Fett closes on November 7.