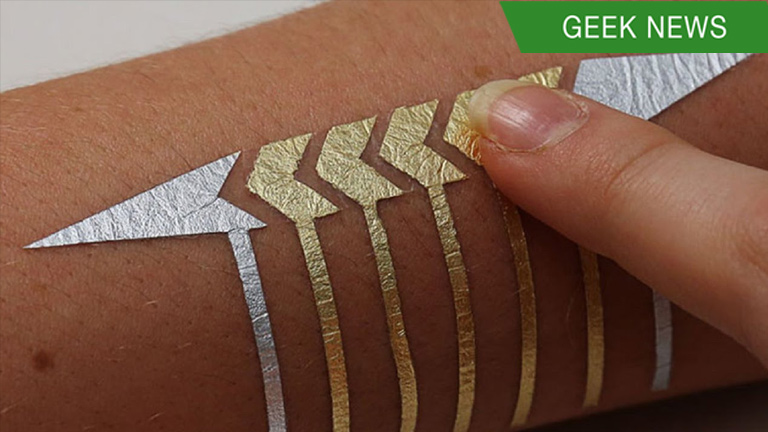 These color-changing tattoos are the definition of lit!

Thanks to science, traditional tattoos are getting both fancier and beneficial than it used to be. Researchers from the Massachusetts Institute of Technology (MIT) and Harvard Medical School have developed a “color-changing” tattoo ink that responds to variations in bodily fluid.

Named as “DermalAbyss”, the project sets a concept where traditional tattoo artistry blends into modern medical technology where a body’s surface hopefully becomes an interactive display. The new science also gives benefits to people particularly to those who are suffering diabetes –a disease in which the body’s ability to produce or respond to the hormone insulin due to elevated levels of glucose in the blood and urine.

According to MIT’s website, the DermalAbyss creates a direct access to the compartments in the body and reflects inner metabolic processes in a shape of a tattoo. It could be used for applications in continuously monitoring such as medical diagnostics, quantified self, and data encoding in the body.

How does it work? The tattoo’s ink is embedded with biosensors that creates a transition from a color to another with the increase of blood sugar in the person.

Having the tattoo composed with the said ink is probably a one-time painful procedure to consider, rather than frequently sticking in surgical needles for level checking.

Currently, the ink is tested only to pig skin as it still undergoes preliminary evaluation.

Who knows, maybe in time it will be embedded onto the skin of the mainstream?