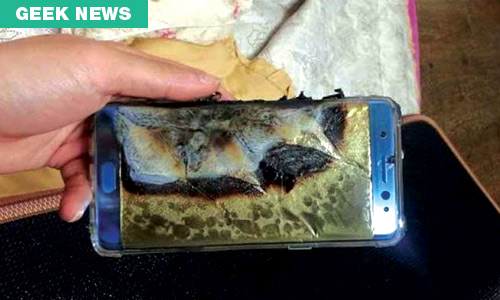 A hot topic in the tech world has to be how Korean tech giant Samsung had to recall millions of their latest flagship model, the Galaxy Note 7 after receiving approximately 40 complaints around the globe. Apparently, batteries have exploded while being charged. This is especially painful since their closest competitor Apple is set to release the iPhone 7 this week and this recall is a strike against the South Korean tech company, which saw billions of dollars removed from its share value this week. Shares rose after the recall was announced September 1, Friday morning.

"To date (as of September 1) there have been 35 cases that have been reported globally and we are currently conducting a thorough inspection with our suppliers to identify possible affected batteries in the market. However, because our customers’ safety is an absolute priority at Samsung, we have stopped sales of the Galaxy Note7." The ending also stated, "We acknowledge the inconvenience this may cause in the market but this is to ensure that Samsung continues to deliver the highest quality products to our customers. We are working closely with our partners to ensure the replacement experience is as convenient and efficient as possible."

Sure enough, this is a wise move by Samsung. Despite the huge setback, the tech giant will get back on track in no time as there are millions of loyal users of the brand. So would you still consider purchasing a Galaxy Note 7 after replacement units will be released? What do you think?