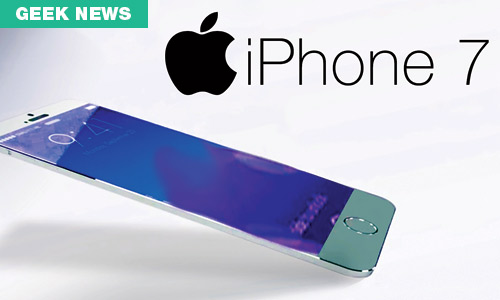 Apple's most-awaited release is barely a month away!

It's time to give your 2-year-old iPhone6 a rest with Apple's upcoming release. According to a report by Forbes, a detailed hands-on demo with a prototype deduced that "...we see all the major hardware changes coming to the larger 5.5-inch model including the radical dual lens camera, the missing headphone jack (a prediction I made two years ago), twin external speakers, the inclusion of a Smart Connector and the widely rumoured new blue colour option for the first time." With the device presumably in production to make the September retail launch, it’s next to impossible for Apple to protect against leaks like this. So that means that what we have seen on the internet for the past weeks may have actually been the real prototypes.

With a new iPhone release comes a new iOS update too with the much-awaited iOS 10. Last month’s release of iOS 9.3.3 corrected many issues found in the OS, but not all of them- according to reports Apple has sneaked out iOS 9.3.4 to address some security concerns.

Meanwhile, the iPhone SE's early release has raised several eyebrows. According to Forbes, "The strength of the iPhone SE should become more apparent with the upcoming announcement and release of the iPhone 7 family of handsets (including the iPhone 7 Plus and potentially the iPhone 7 Pro). The smaller sized device will sit at the foot of the portfolio as the entry-level device and pick up a level of sales that is commensurate with that position. You can’t judge the SE’s strategic value in isolation, it needs to be seen as a team player."

Now that definitely makes sense as the price point for the upcoming models will definitely go higher as Apple will already forgo the 16gb option and will offer 32gb as the lowest option. According to business and tech analysts, the cheapest option will fall on the $800-900 spectrum.

So are you excited for the upcoming release? Share with us your thoughts!