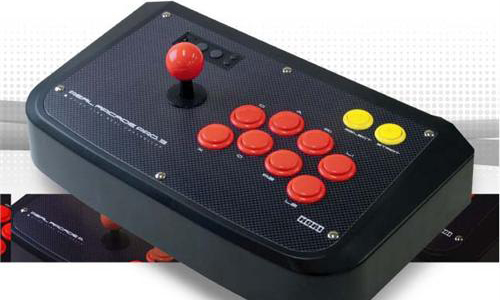 Take your gaming to the competitive level and win it with the Hori Real Arcade Pro Fighting Stick.

If you are new to fighting games, you might be tempted to buy the cheaper arcade sticks available in the market but it is highly suggested that you don’t do that. It would be better to invest in a professional fighting stick rather than buying a cheap one only to buy a professional one in the future.

The Hori Real Arcade Pro is comfortable to use. Although, it is very bulky – you might consider buying a bag for it if you plan on bringing it around. It may be bulky but it is comfortable enough to place it on your lap or on a table while playing. Other fighting sticks are too heavy.

The stick is smooth and the buttons are soft and sensitive. The layout is proper and it is exactly like what you see in the arcade machines which means you don’t have to remap the buttons. If you are unsatisfied with the buttons, you can always buy different ones and replace them.

It has a Turbo switch (20times/sec) which can be set up on all buttons and a toggle switch where the stick control can be directed to PS3 controller's directional pad, left stick, or right stick controls.