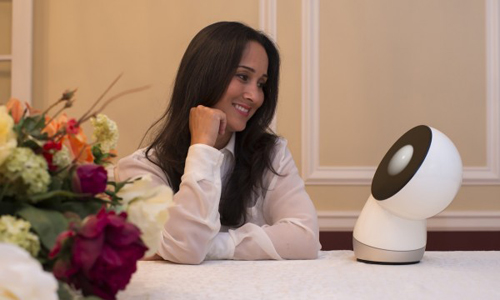 Weird name, right? But don’t get Jibo wrong. Jibo might be the most advanced plan so far.

Jibo is supposed to be the world’s first family robot designed by Cynthia Breazeal. A family robot means a companion, a friend, an assistant, and anything you want it to be. Jibo can take pictures, remind you important things, tell your kids a story, call your loved ones and many more—well, that’s what they promised.... at least. Jibo is still in the works, and won’t be released until later this year. People who pre-ordered Jibo for $499 will get the consumer version while the ones who ordered the $599 will get the developer version.

Here’s what Jibo can do:

Hear - 360° microphones and natural language processing let you talk to Jibo from anywhere in the room.

Speak - Hands-free reminders and messages, so you'll never forget and can always be in touch.

Learn - Artificial Intelligence algorithms learn your preferences to adapt and fit into your life.

Help - Like a personal assistant, Jibo proactively helps you to make everyday tasks simpler and easier.

Relate - Communicates and expresses using natural, social, and emotive cues so you understand each other better.