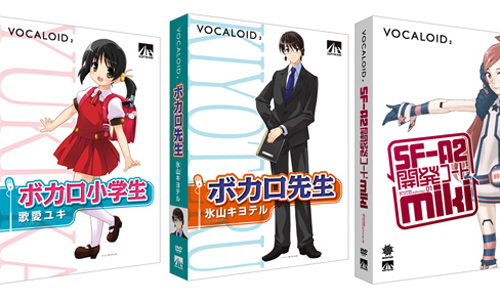 In Japan, the unimaginable happens.

Many have not heard about this yet but holograms are actually taking the underground world by storm- performing live in a lot of festivals and making more songs than any human singer could do in a life time. Who are they? They are called the Vocaloids.

Vocaloids is a technology for singing voice synthesis developed by Yamaha. The Vocaloid allows people to input melody and lyrics to synthesize singing. It is a difficult task to make a song especially if you are not Japanese however, they are working for English versions although some Vocaloids CAN sing in English or made to be English speakers/singers, it still doesn’t sound perfect. The Japanese alphabet is so much easier to break down and group compared to the English alphabet. There are available Vocaloids made for different languages but so far, what’s available is Korean, Chinese, French, Italian and Spanish.

Here’s a Vocaloid singing an Opera in Italian which gives us the goose bumps:

Vocaloids have been used in concerts and “live performances” since 2004 and did gain a lot of fans. Concerts today feature an image projected onto a screen to make it seem they are alive and on stage, the projected Vocaloids have their own back up dancers or live band- many people all over the world are amazed by this and guess what… even Lady Gaga had a Hatsune Miku, a Vocaloid, open her show!

This isn’t anime as what most people think upon seeing them. I personally find this technology amazing! Because it is very popular, they made a rhythm game inspired by the Vocaloid called: Project Diva.

A Vocaloid software is about $250.