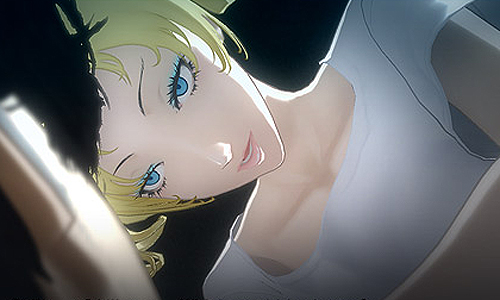 This Valentine’s day, experience the most tempting sin ever released in gameplay- lust.

Vincent, the main character (and the one you play with) is stunned that his long-time girlfriend, Katherine, is asking for his commitment- something which Vincent was avoiding the whole time. Later that night, he heads out to the usual pub to drink and talk. It was a normal night until a stranger, who happened to be a very seductive woman, appeared out of nowhere and sat beside him.

In a flash, Vincent wakes up in the morning oblivious to whatever happened but something’s not right- Catherine is beside him…. on his bed. What will he do? He remembers nothing! Vincent isn’t too sure of what happened and he fears the worst – his girlfriend, Katherine. Will Katherine find out? Will Catherine show herself again? Vincent will find out soon as he goes deeper in the tunnel of love.

This game is recommended for adults (theme and language isn’t child-friendly) who love a good story and a mind-exercising gameplay. We find the game really good; solving puzzles has never been this exciting! The experience varies every stage and mode so get ready for some good brain twisting and occasional raging.

Get your copy of Catherine!