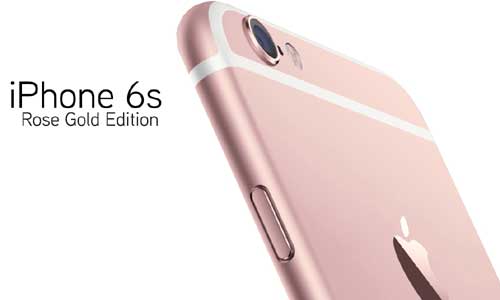 The long wait is over for the Apple iPhone fans all over the world.

Apple is introducing to the public the new iPhone 6s and iPhone 6s+. The new iPhone’s have an identical design as the old models but are expected to have fresh new features including new animated wallpapers (but this may also be a part of the latest iOS9).

The latest iPhone models introduces the 3D Touch “that allows you to press down on the iPhone's screen to pull up new menus, activate shortcuts, and generally interact with the device in new ways. Apple's Taptic Engine is also built into the phone to provide feedback.”

While Apple maintains the look of the iPhone 6 and iPhone 6+, the latest iPhone models now comes with a new color, rose gold. Rumors have spread around saying that Apple is releasing pink-colored iPhone’s but that is only because the rose gold can be really pink when under the right light. The new IPhone is also built with new materials. Now, they used new aluminum for the phones and the display is now covered witha new glass, the same Ion-X that's used on the Apple Watch Sport.

The iPhone 6S is running on a new 64-bit processor, Apple's A9. Apple said that it's going to be 70 percent faster at CPU tasks, 90 faster at GPU tasks, in both cases over the iPhone 6's A8 processor.