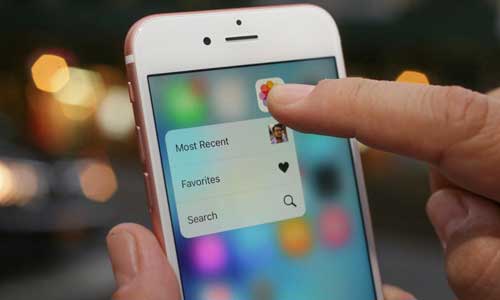 The latest iPhones are almost available in the Philippines! iPhone 6s and iPhone 6s Plus are on their way here.

The new iPhones features a very great improvement to the iPhone's Multi-Touch interface through 3D Touch. It senses how deeply one presses the display which allows iPhone users to do things quickly and simply as what Apple have been known for.

The iPhone 6s and iPhone 6s Plus also has this new feature called Live Photos which basically brings photos into life – kinda like the one you saw in Harry Potter movies.

Both iPhones offer a 12-megapixel iSightcamera and five-megapixel FaceTime HD camera with Retina Flash and are powered by A9 chip, the most advanced chip available in a smartphone. The A9 chip makes the phone deliver faster performance and give great battery life to users.

The design of the new iPhones are made of 7000 Series aluminium which is the same grade used in the aerospace industry. The phones come in the following colors: gold, silver, space gray, and the newest rose gold.

You can now pre-order your iPhone 6s and iPhone 6s Plus or wait until it goes public in the Philippines on November 6, 2015.