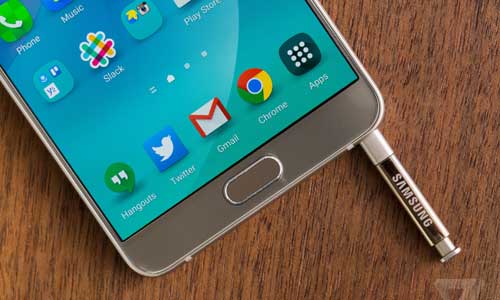 Phones these days are just getting bigger and better.

When you think you already have the best phone on the palm of your hand, another device comes out and will be said to be better than the one you alreadythought was best. It is not really negative news, just a pain in the wallet.

Samsung Galaxy Note 5 is somewhat like an enlarged Samsung Galaxy S6. the Note 5’s rear feels a bit like the front of the S6 Edge. It curves around at the sides.

Just like other latest Galaxy phones, the front and rear of the Note 5 are Gorilla Glass 4. Sides of thephone are covered by a band of metal. The power button in the side feels very soft (which is a very good thing) and clicky.

Watch the official introduction of the Samsung Galaxy Note 5 below: