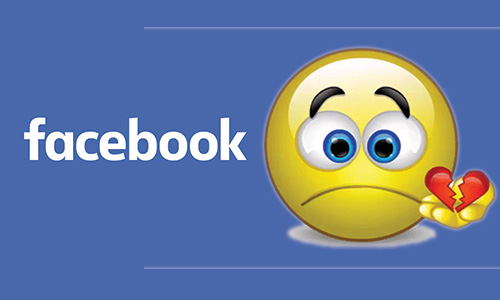 Mark Zuckerberg cares about your broken heart too.

Social media easily makes everyone stalkers and that’s primarily because of Facebook among other leading social platforms. No matter how much you tell your friends that you’re over that douche, you can’t help but creep on what that scumbag is up to every once in a while. I’m guessing at least someone from the developers behind Facebook suffered from a bad breakup and Zuckerberg definitely took notes.

Unless you go on a massive blocking spree (which you should anyway), you are in constant danger of seeing photos and posts that remind you that you are no longer with your ex-significant other. On Thursday, the website announced it was testing some new tools that will manage how users interact with former loves after a relationship ends. The company did mention that they want to “help people end relationships on Facebook with greater ease, comfort, and sense of control.”

Once you change your relationship status to show that you’re no longer in a relationship, Facebook will offer you to try out their tools so you could:

• See less of a former partner’s name and profile picture around Facebook without having to unfriend or block them. Their posts won’t show up in News Feed and their name won’t be suggested when people write a new message or tag friends in photos.

• Limit the photos, videos or status updates that a former partner will see.

• Edit who can see their past posts with a former partner and untag themselves from posts with that person.

As of this writing, the new feature is now available at the United States and will be available to different regions based on people’s feedback over the first few weeks of release. ‘Til then, you’re better off by blocking your ex and deleting every photo and post that reminds you of the good ‘ol days.