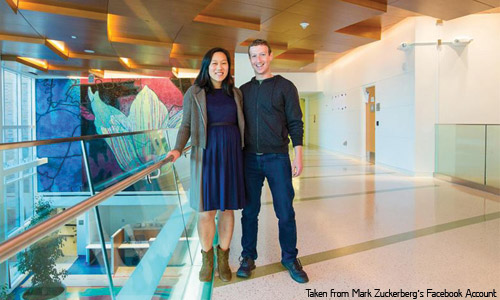 Here’s the scoop why everyone’s making this a big deal.

On Friday, with a picture on his Facebook page of a car seat, a stroller and his dog, Mark Zuckerberg announced he'd be taking two months of parental leave. Zuckerberg is part of a generation of men who place more value on work-life balance and taking time off with their children. His company offers four months of paid leave to both male and female employees. Zuckerberg announced in July that he and his wife, Priscilla Chan, were expecting a baby girl, also detailing at the time the couple’s struggles with miscarriages.

Research shows that men who take paid paternity leaves are more likely to be involved with their children in the years to follow. There's some evidence that the leave helps cognitive development, as well. Time to bond with a baby helps the parent decode emotional cues and build a stronger foundation for the baby's mental health.

But if the dad's name is Mark Zuckerberg, the beneficiaries multiply as quickly as Facebook likes for a great cat video. They include Facebook employees, dads in general, and other CEOs — male and female. The boss taking a leave sends an important message to employees that the company policy is authentic. If the boss is able to be out for a period of time and have his or her work covered, then so can other staff. Zuckerberg's actions imply that Facebook knows the importance of standing behind its family-friendly workplace policies by having a strong leadership team cross-training and a collaborative work style that allows other employees to take on more responsibilities while company leadership is out on leave.

Zuckerberg's decision will not only benefit him and his family, but it will have a ripple effect on his employees and other companies and decision makers worldwide.