Science and technology has reached a whole new level of being both cool and scary at the same time. 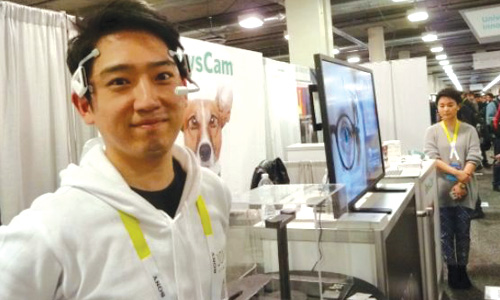 At the recently concluded CES show at Las Vegas, a new breed of neuro-hacker is finding ways to capture and manipulate brainwaves to improve health, with potential to help the severely handicapped. Computer scientists and biomedical experts at the show explained and demonstrated ways to tap into and use brain signals.

BrainCo, the brain (see what I did there?) behind the mind control headband effectively hacks into brain signals through a range of applications. These include improved attention spans, detecting disease, controlling smart home appliances and prosthetic devices. BrainCo demonstrated how one can manipulate as prosthetic hand and this is indeed a breakthrough and potential life-changer for those who are paralyzed or who have missing limbs.

This device was designed by scientists from Harvard and Massachusetts Institute of Technology and is expected to go on sale this year for less than $150.

A similar project on display from New York-based OpenBCI (which stands for open-source brain-computer interface) seeks to create a platform for applications of the technology in health care, education or other fields. Their invention uses a 3D-printed helmet which captures brainwaves from various sectors of the brain and has the potential to help people with ALS (amyotrophic lateral sclerosis or Lou Gehrig's disease) or quadriplegics communicate, according to the OpenBCI chief executive Conor Russomanno.

Looxid Labs from Korea also unveiled a headset that tracks both brainwaves and eye movements, claiming this provides more accurate insights into the mind. With the headset attached to a computer, "you can roll your eyes to scroll the mouse, and click on a button by blinking," "We also see this as having potential in gaming because you can control things with your eye," chief business officer Alex Chang said.

Let's hope these inventions could be more accessible and affordable in the near future- but of course with regulation. Devices like these will also be likely abused and promote unwanted control. What are your thoughts?