The origin of the name Puto Kutsinta 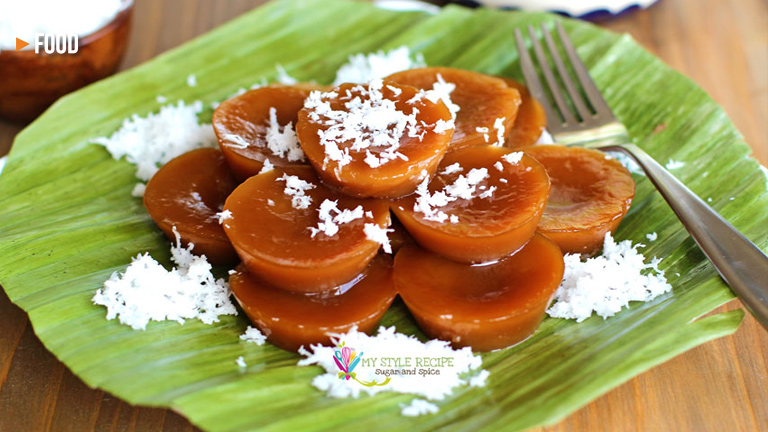 Rice cakes are very popular in the Philippines. There are many kinds, but today we are going to talk about the interestingly named Puto Kutsinta (also spelled as kutchinta/cuchinta).

Kutsinta is a rice cake (puto) with a jelly-like texture made from a mixture of rice flour, brown sugar, and sodium hydroxide (or caustic soda also known as lye). Yellow food coloring or annatto extract is then added before the puto is steamed in small ramekins. After it’s cooked, it is topped with grated coconut or added syrup (latik) for sweeter taste. Puto Kutsinta is a very popular merienda snack throughout the Philippines and its name’s origin is very much debated.

According to some people, the name kutsinta is derived from a pre-colonial kitchen tool used in shaping the rice cake. Another theory is that the word comes from the Chinese Hokkien term “Kueh Tsin Tao”, the term kueh meaning “little steamed cake or cookie for snack”.  Hokkien is a dialect in Southern Fujian, China where most of our early Chinese ancestors came from. Most merchants and traders in pre-colonial Philippines were from China, so it makes sense that they would introduce “kue tsin tao” to Filipinos who later renamed it “kutsinta” and made it their own.