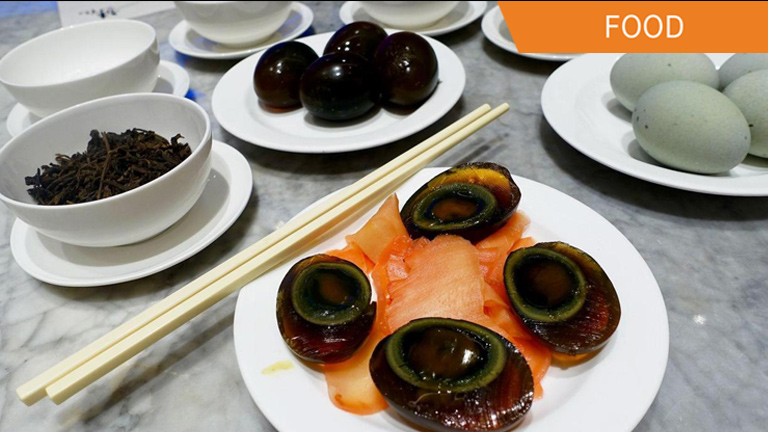 Tired of seeing cliché eggs? Well, this one’s a bit bizarre and different.

The image above shows a Century egg –a Chinese preserved food product and delicacy made by preserving eggs from chicken, duck, or quail eggs in a mixture of clay, ash, salt, quicklime, and rice hulls for several weeks to several months.

Besides looking like a rotten egg, these are oftentimes named as to what it looks– namely thousand-year old egg or millennium egg.

These eggs can be eaten alone or often served accompanying congee or rice porridge to enhance the dish’s flavor with its salty taste and spongy feel in the mouth.

So, what’s the story behind the ‘century’ of the egg?

According to Chinese folklore, rumor has it that these eggs already existed for centuries –even dating back to the Ming Dynasty where it was first accidentally discovered by a resident of the Hunan province.

Still, you’ll never know its taste unless you try. The question is, would you eat it?