Would you try this spaghetti-shaped ice cream? 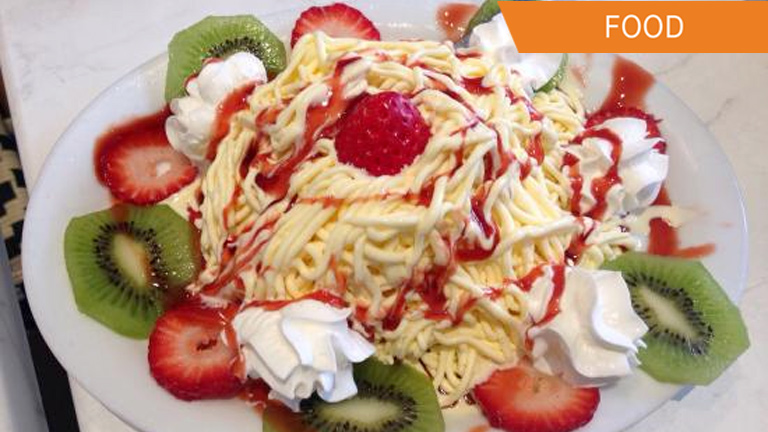 Spaghettieis is ice cream made to look like a plate of spaghetti!

Spaghettieis will surely confuse anyone who hasn’t tried it. Invented in the late 60’s in Germany, spaghettieis is an cream dish made to look like a plate of spaghetti.

In the dish, vanilla ice cream is extruded through a modified Spätzle press, giving it the appearance of spaghetti. It is then placed over whipped cream and topped with strawberry sauce (to simulate tomato sauce) and either coconut flakes, grated almonds, or white chocolate shavings to represent the parmesan cheese.

Spaghettieis is really popular in Germany. Although it is not well known outside of the country, it can still be found at some gelaterias, at special events and at some hotels and restaurants around the world.