The secret about ‘secret menus’ in restaurants 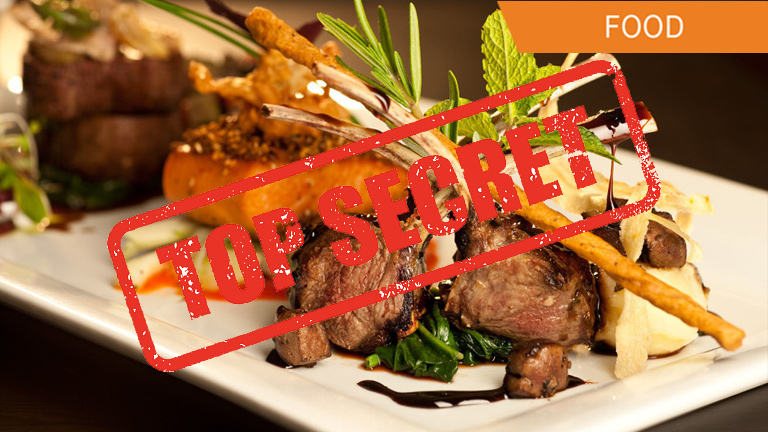 Sometimes it sounds cool to order food that nobody else knows about.

Supposedly there are restaurants all over the world that offer secret menus; food items that don’t necessarily appear on their official menu or get advertised.

Some items have become so popular by word-of-mouth that they're no longer secret at all. Ever heard of a McGangBang? Try ordering that at McDoanald’s and the counter will happily give you your order, which is a combo of a McChicken and a double cheeseburger.

In Starbucks, a cotton-candy Frappuccino can’t be found on the menu. But ask a barista for that order and she’ll create this unofficial concoction by adding raspberry syrup to a Vanilla Bean Frappuccino. Knowing how to ask for these twists, or “secret menu” items, is half the fun.

But how did this trend start? According to the founder of Cornell’s Food and Brand Lab, there is a psychological reason for customer’s interest in secret menus. When a person knows of a “secret” or “hidden” menu that not all other people know, that person will feel unique like he’s “part of an exclusive club”.

However, secret menus don’t really exist at all. According to Starbucks employees, there is no such thing as “secret menus”, but they will combine any available flavors at your request if you’re willing to pay extra for the ingredients.

So secret menus might have been started by a person with a whacky food order combination that other people heard about. According to a McDonald’s manager, any restaurant is willing to whip up any order you want as long as the ingredients are available.

"You can order from the 'Secret Menu'. Just like with any of our sandwiches, you can add, remove or change ingredients by special request. These are called 'grill orders' (i.e. Big Mac no pickle) The items on the 'secret menu' weren't invented by anyone officially at McDonald's, it's just a random person's guide to burgers you could potentially 'hack' at McDonald's. Order one and the workers might not know it by name (i.e. Land, Air and Sea burger or the McGangBang) but if you explain what it is, and are willing to pay for all the ingredients, it's just another 'grill order' that we can make up."

Are there any secret menus you heard about here in Cebu? Tell us the secret on the comment section below!