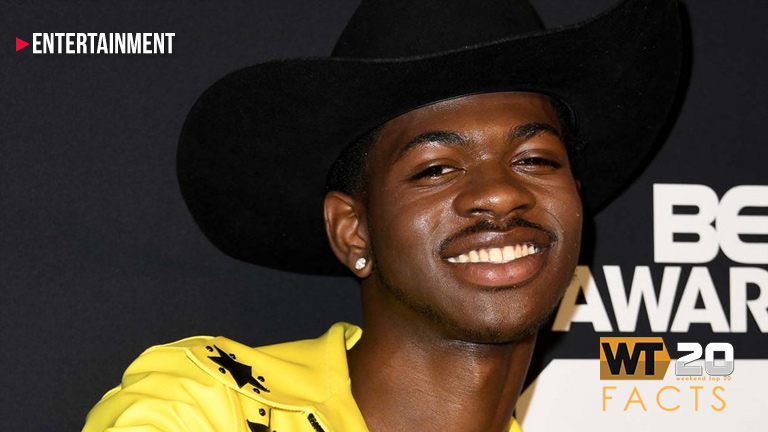 Lil Nas X came out big this weekend by finally wrestling the top spot from Post Malone.  Panini is the countdown’s new number 1, beating even Katy Perry’s Small Talk.  But, hold everything! Another Posty track has debuted and we expect Circles to take the summit very soon.

Two weeks just isn’t enough for Posty, as he shows his dominance and spends a 3rd week in a row at the

One of the debuts this week was from Alecia Beth Moore and Khalid Donnel Robinson; both known by the names Pink and Khalid.  Their collaboration on the track Hurts To be Human mirrors that of her 2012 chart topper with Nate Ruess, Just Give Me A Reason.  Will this conquer the charts? Well, we’ll know soon.

Speaking of collabos, the power trio, Ariana Grande, Miley Cyrus and Lana del Rey entered the top 10 with their song, Don’t Call Me Angel.  This soundtrack from the Kristen Stewart film is expected to create a lot of noise as the reboot of Charlie’s Angels’ opening date draws near.

Tune in every Saturday with the Captain… Mighty Mike Solo and find out more.  You can listen anywhere and everywhere 24/7 through the Y101 mobile app and, of course, through Y101FM.

The Y101 Weekend Top 20 is presented to you by Shakeys… Let’s Shakeys.