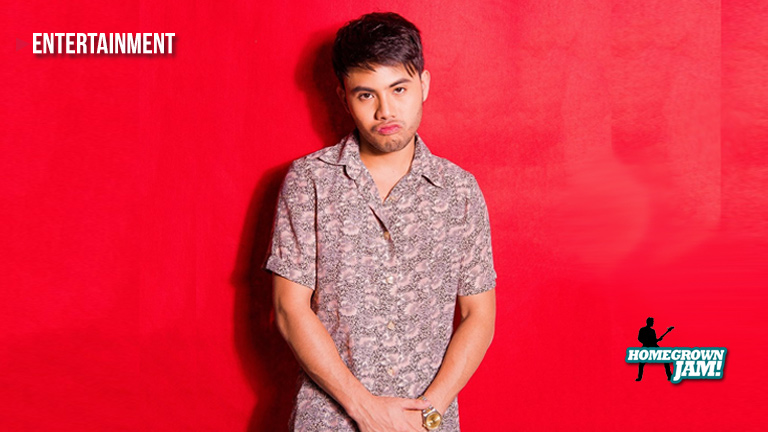 Retiring the angst he established from his days in Drop Decay, Tony Alfonso is now less angry at the world as he transforms himself into Fonzy. With this alter ego, which doesn’t stray far to who Tony actually is in real life, we are shown the sunny and cheerful side of this rocker turned electronic producer.

Tony Alfonso isn’t new to the Cebuano music scene, in fact, he has been rocking out gig after gig for over a decade now as vocalist, guitarist and songwriter in the popular pop punk outfit Drop Decay. In 2017, the band called for a hiatus which gave Tony ample time to work on new ideas that would help move his music to other directions. Encouraged by his bandmate Vince Lucero and inspired by the fact that Brendon Urie of Panic! at the Disco has started making music on his own, Tony began locking himself in the bedroom, learning new tricks and experimenting with new sounds. After months of messing around with his laptop, Tony eventually came out with ‘Bad Habits’, a dance pop single he produced all by himself under the moniker Fonzy.

“Fonzy is still Tony from Drop Decay except that he’s less angry now at the world. The dude could really care less about anything except making songs that people can enjoy and dance to.”

Influenced by the music of Diplo, Flume and Jon Bellion to name a few, Fonzy leaves behind his rebellious pop punk roots and embraces the synth-pop contemporary R&B sound. As he explained in an interview with Zee Lifestyle last year, this shift in musical direction is about “detaching from the things I grew up comfortable with that didn’t really do any good. In a way, though, this experimentation thing from rock singer to contemporary artist gives me hope that my adventure isn’t over just yet.”

After the release of Bad Habits, Fonzy started hanging out around with a lot of electronic producers in Cebu including the great Carlisle Tabanera, putting himself out there to learn and be open to a lot of ideas. But unlike the dynamics of being in a band where you have to compromise musical ideas for the sake of finding a middle ground to include all the inputs of your other bandmates, Fonzy finds that the solo work is much easier and more relaxed as he can get to have a final say in what his songs should sound like. As Fonzy put out in a radio interview, “When I’m [working on music] alone, I can reach out to other people, they can give me opinions but unlike in a band, the final say is with me.”

About his new single ‘Cool2gether’

‘Cool2gether’ is Fonzy’s most recent single released this February. The song is about the moment when you hang out with someone then realizing that both of you are “cool together”. This summer-ready song features a duet with Icy of Sepia Times. Fonzy and his friends are currently in the process of making a music video to the song that will hopefully be released in a few months.

In an interview with Chad the Stud on the Midday Vibes last week, Fonzy revealed that he will be performing along with Mobbstarr and .FC (Fresh & Carlisle) at Club Holic this March 16, 2018 (Friday, 8PM). Catch him live and the rest of our homegrown talents this weekend, let’s join them and be cool together!