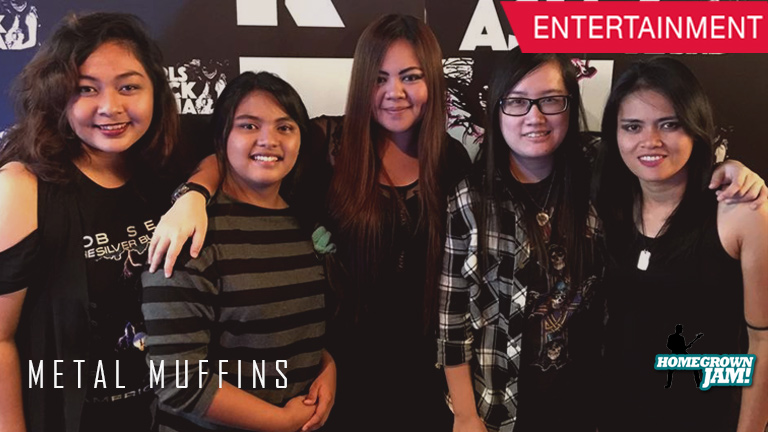 These all-female rock group are young, feisty, and kickass!

Metal Muffins is one of Cebu’s unique bands. A hard-edged all-female rock group whose forte is classic 80’s rock and metal! The band is consists of five members; Chai the vocalist, Cathee the lead guitarist, Mishia the rhythm guitarist, Dannica the bassist, and P the drummer. Sometimes they bring in Jill as a session bassist.

The band was established in August 2015. Since then they’ve been awarded multiple times including being 1st runner up’s in AudioGig Battle of the Bands, Lightbulb Project Band Brawl, and the Harley Davidson Band Showdown. They also managed to become a semi-finalist at the Girls Rock Asia in Bangkok, Thailand last year.

Metal Muffins got their name from the guitar effect distortion pedal Metal Muff. They turned muff into muffin to emphasize their femininity. They are influenced by classic rock acts such as AC/DC, Guns n Roses, Poison, and of course Joan Jett and the Blackhearts