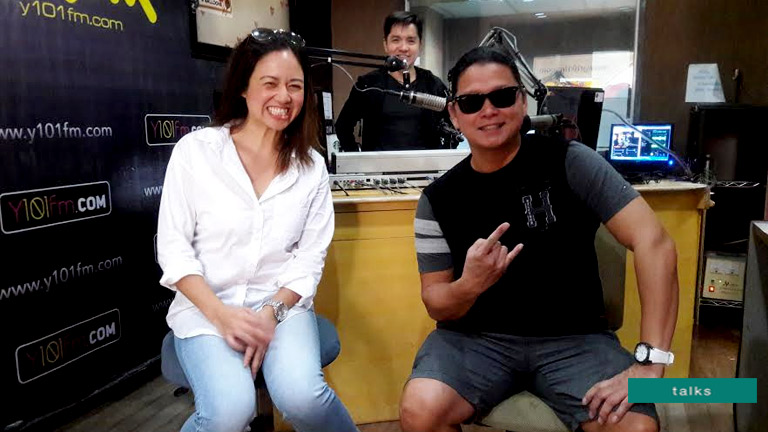 Yesterday Troy Degamo of the legendary new wave group 40 the Band gave Jiggy Jr a visit on Jiggy in the Morning.

40 the Band is the iconic Cebuano new wave group that originated in 1986 and still adored today. The frontman of the group, Troy Degamo - now Canada-based, gave Jiggy Jr a visit on his show Jiggy in the Morning yesterday.

Troy came to the show and talked with Jiggy about the plans of the band who recently just celebrated its 30th anniversary last year. Troy came back to Cebu, then reformed 40 and did a lot of gigs to celebrate the milestone, one of which included a rousing performance at the annual Local Ground Series that happened during the Sinulog season.

As a millennial, I was surprised to find out that 40 the band still has a huge following in the city. A throng of people still come to see them perform live. Their recent Local Ground performance even raked in a jam-packed crowd who couldn’t resist dancing to their covers of mostly 80’s hits, and their beloved original songs.

40 the band, named after a U2 song off their classic 1983 album War, is heavily influenced by British new wave bands of the Eighties like The Cure and Joy Division.

“Once you’re influenced by those kind of music, then you would want your music to sound like that always”, Troy told me as he sat inside Jiggy Jr’s booth.

Troy mentioned that 40 started as a house band, playing a lot of covers of new wave hits at a pizza parlor that used to be in Mango Avenue. Despite having original compositions that became local radio hits like What I Say and Rain, both composed in the 90’s, fans of 40 still couldn’t get tired of the band’s timeless covers.

Though they mostly do covers, their original songs still remain live staples and can still resonate strongly with their audiences today. As long as 80’s new wave hits remain timeless too, 40 the band will still be around a long time.

Right now, Troy revealed that he’s currently collaborating with his band mates to pen new original songs. Fans of the band are surely hoping their new material will be awesome 80s new wave pastiche, but when I asked him how he would grab millennials’ attention to their music, Troy said that they would need to adapt to the sound of today. The frontman of the group even joked that they might turn Rain into an EDM track.

If you wanna catch 40 the Band live, they’ll be performing tomorrow night at F Cafe & Bar located at the Gallery, Mabolo.