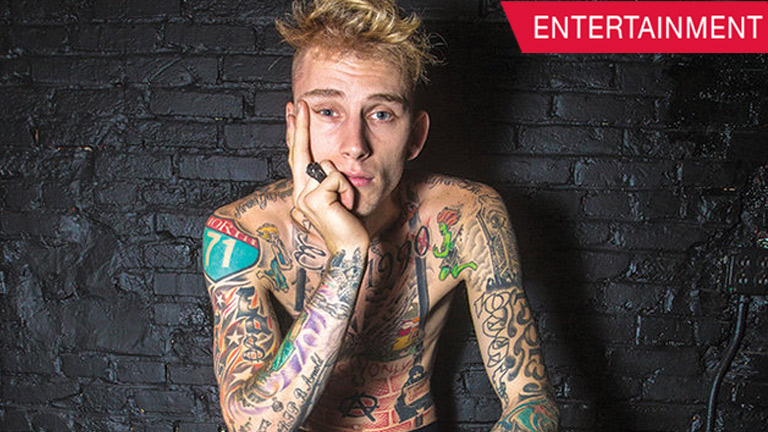 People have always confused Machine Gun Kelly as the woman who sang Bad Things, but he ain’t you know!

Delivering lyrics with the speed of a bullet train, Cleveland rapper Machine Gun Kelly (aka MGK) experienced a meteoric rise in late 2011 with his singles like Invinsible and Wild Boy.

{youtube}A_J7kEhY9sM{/youtube}
The “homies call [him] Kells, girls call [him] Daddy” and he claims to have a gangster Mexican cholo alter-ego when he’s drunk. The rapper’s influence range from The Temptations, Motley Crue, to Blink 182 and Ludacris. He also named The Fresh Prince of Bel-Air dvd set, tattoo pain, seeing everyone say his words in concert, naked people (in general), his fans, and the girlfriends “of all the haters he’s had sex with” as his influence.
{youtube}pKDABrZ418c{/youtube}
In late 2016, MGK released the track Bad Things, which he collaborated with 20 year old Cuban-American singer Camila Cabello.The pop song showed the rapper’s soft side, coming in with a naughty rap flow that cruises over the piano melody. Bad Things is a four-minute earworm that is currently number 20 in Y101’s Weekly Top 20.