Remember that time prior to the Fappening when the internet broke and torrents of these files sprung up like mushrooms? Everyone went nuts with mixed emotions, wanting to have a peek and sympathizing with the celebrities involved the next minute. Some even went as far as posting their own nudes in solidarity with their idol- case in point fans of Jennifer Lawrence making the #JusticeForJLAW a trend. Everyone has their own thing behind closed doors and although producing photos or video footage would be a bad idea in the future, Andrew Helton learned his lesson on respecting people’s privacy the hard way. 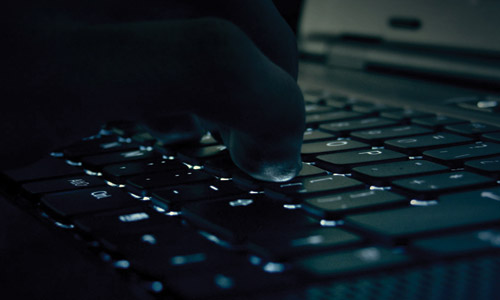 The 29-year-old was detained on felony hacking charges under the Computer Fraud and Abuse Act and in a surprise turn of events, Helton was pleaded guilty as charged. Duping hundreds of celebrities and illegally stealing their personal usernames and passwords earned the hacker a sentence of up to 5 years in prison and is due to occur this June. According to a police statement, Helton used social engineering tactics to target Hollywood stars. His modus operandi involved sending emails to these stars, which appeared to be sent by Google or Apple. After infecting their computers, he acquired the credentials of their personal email/iCloud/Google Albums accounts. All these were done between March 2011 until May 2013 and during this period he was able to access “161 sexually explicit, nude and/or partially nude” images and targeted 13 people aside from the celebrities involved.

The case has since been referred by Apple to the FBI after it was reported. The FBI’s Assistant Director in Charge of Los Angeles Field Office stated that “The thought of a stranger accessing your private communications for sport or monetary gain can be devastating. This insidious crime has distressed scores of average individuals, as well as celebrity victims. The FBI is committed to holding accountable those who illegally intrude upon the cyber landscape, and to educating consumers about strengthening passwords and employing two-factor authentication, among other safeguards.”