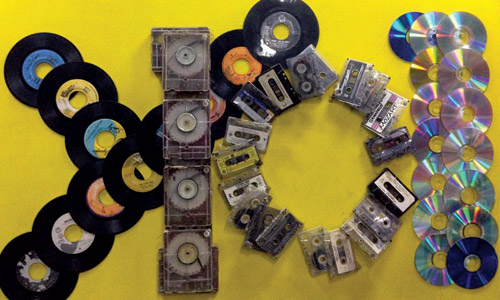 We have been “Doing it first for 38 years… Setting the pace, leading the race!” As you know, Y101 first made shockwaves all over Cebu starting 1980 (dry run was in 1979 technically), and has been consistently programming contemporary hits since then!

In celebration of Y101’s 38th birthday, the rhythm crew and Y101 family would like to present to you 8 fun facts you probably didn’t know about Y101.

1.) Y101 was the very first radio station in Cebu to make the transition from using traditional record tapes to Compact Discs. And the very first song on compact disc ever aired on Y101 was Steely Dan – Aja.

2.) Y101 has a reputation of being the radio station that was on top of the hill, up at Cebu Plaza Hotel. What many people do not know was that the very first office of Y101 was in the Danaque Building, in Osmeña Blvd. Right across Cebu Doctors.

4.) Y101 brought the first ever canned show to Cebu. The name of the show was American Top 40, and was hosted by the late Casey Kasem who sadly passed away in 2009.

5.) Y101’s Eye in the Sky was a huge success as a promo. What many people do not know is that using a helicopter was the only way that the Y101 broadcast antenna and transmitter could be placed on top of the Cebu Plaza Hotel.

7.) Y101 was established the very same year that Cebu held its first Sinulog festival. Y101 was integral to that celebration and even had a giant mascot dancing with the crowd in Mango Ave.

8.) The classic Y101 jingle Rhythm of the City has never changed since the early days of Y101. The song was produced by Z100 in California.